I suppose, though i wonder what it has to do with "RW's mission". ARen't siver and gold articles, one's we want to highlight as "we really have something to say, here?" Before it gets an official silver, I'd love anyone to write something that moves it from "wikipedia light" to "we have a reason for talking about this". like is it part of the religions that informed Christianity? or is it something that is going on today? (I'd actually never heard of it before)

I would never suggest us getting ride of it, and i'd love to see us highlight more articles that are well written with silver heads. (though i'm not sure what makes "well written"). I'm just saying i think we can be more RW in this article. So anyhow, the quality is defiantly highlightable, and maybe in the back ground we can think of things that are more RW to add.

Actually, i wasn't meaning snark. that's fun, but i come to RW for the "challenging" side. As i reread this, it is very much RW - BUT BUT BUT the first paragraph sucks. First of all, there is no "abados human sacrifice theory", so the author(s) of this page trip over themselves trying to give it a title/opening. if we can rewrite the opening paragraph to

Then it would make total sense. cause I see why it's very much Rational Wiki, but from the intro paragraph it's not yet clear!

I'm glad you're not. and i'm glad we have something on the helicopter. i'd never seen it till i googled Abydos to figure out what this human sacrifice was all about. all good! I'd personally say, silver away! I'd not gold, cause it needs history on what Abydos is. as far as i can tell, they just jump into it as if we are all Egytpian geography experts. heh.

Looking at the fossil record, the guy who wrote this is/was. To quote Armondikov "As much as these people infuriate the fuck out of me, they are fun and do great work when they've got out of bed on the right side. " Тytalk 21:39, 18 August 2011 (UTC) 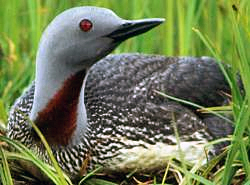 Angry loon is loony, and needs no reason to be angry ;-) That said not sure if I am flattered or not to be worthy of Armondikov's quote... Back to business, I started the article as felt it was quasi-relevant to RW mission concerning popular archaeology. I have refrained from putting in an absolute statement of the issue being nothing more than pure bunk, as there is just about enough evidence to create the basis for sacrifice to be considered a possibility, albeit a highly improbable one. However this is used as a basis to create sensationalist pop-archaeology publications that present a rather flimsy possibility as a fact of similar certainty to "The Romans built Hardrian's Wall" or "The Egyptians eat bread" when neither satisfactory evidence nor scholarly consensus exists to support any such supposed certainty. --

That's good, 'cos I can only get out of bed on one side, my bedroom being rather small an all ;)--

No, sorry. it's totally relevant, I'm just stupid. it's revisionist history, but in the way it was presented, I missed that in my "glance through". I think we rewrote the opening a bit, just to clear that "hit and run" factor up. Also, I added a section (pulled directly from WikiP, though reworded) about the town itself. you might look at it and clean it up. Those of us who are uneducated about egypt and still think "up" is "down" (or "lower"), feel very lost when you jump in with (albeit quite interesting) stuff that assumes we know the difference between bast and baat.  ;-)

I'll give it a look over... just remember down is up and up is down... just like that really bad Kevin Costner film :) --