That ain't Schlafly though, too tall. Could be a good pic for the craniorectumistis page, when we get one.CЯacke® 17:26, 5 October 2007 (EDT)

Hmm.... inflammation of the skull and rectum.... sounds fun. Locke

But you know, the term is gaining currency just because you used it! How does it feel to have so much power in the medical community that just by mocking a term and pointing out that it's only used by idiots, you increase it's use? --Kels 17:19, 5 October 2007 (EDT)

From CP:We've been down this road on the discussion surrounding the AMA's decision to stop treating people seeking treatment for homosexuality. The APA's position statement says presiciely the decision is based upon social & political factors, not medical and scientific. So sorry, Maestro, that argument not only does not wash, it missed the point. And SSchultz, we're not a mobocracy; if you wish to begin removing links we have in all the our pop culture articles to the home pages of rock groups that are Satan worshipers and begin replacing them with links to the TVC or CWA, somebody may pay more attention to you. Rob Smith 00:49, 4 October 2007 (EDT)

Rob is doubly a fucking idiot. What he's referring to is when they delisted homosexuality as a mental disorder. Champion of gay rights as he is, he seems to have missed the fact that this is celebrated in the gay community, and sign of moving further away from the dark ages that Rob and his ilk seem determined to push us back into. --Kels 21:29, 5 October 2007 (EDT)

Also, the reason for the de-listing of homosexuality, while influenced greatly by Stonewall and the Gay Rights Movement, was a recognition by the psych community that gays were not mentally ill/feeling bad because they were gay, and that when they were, this issue was to be addressed. More often, gays suffered from the same mental disorders as everyone else, with the addition of prejudice and physical abuse. Also, this has nothing to do with GBS. Fucking brainless twit.--PalMD-If it looks like a donut, eat it 21:45, 5 October 2007 (EDT)

I recall a thread that was running through his comments to the effect that the diagnosis of Gender Identity Disorder was created in order to treat the same people that would have been treated under homosexuality before, betraying an enormous ignorance of homosexuality, GID, psychiatry and basic reading comprehension. But hey, he gets a gold star in ideology! --Kels 21:50, 5 October 2007 (EDT)

That microcephalic cornhole couldn't read his own name without moving his lips. Oh, wait don't we have a rule against personal attacks? Oops, my bad--PalMD-If it looks like a donut, eat it 21:53, 5 October 2007 (EDT)

Apparently TK is taking your name in vain. Maybe you should strike him down with lightning or something. --Kels 20:53, 3 October 2007 (EDT)

Perhaps we need an article on Gay Powell Syndrome.--

Stop fucking about. The cycle is Bold: Revert: Discuss. Ty was "bold" and removed the template, Tom Morris reverted and after that Ty should have started a discussion. Instead, Ty re-reverted and we're now in an edit war. Make a case for removing it or GTFO. TerrenceKoeckring (talk) 02:32, 3 December 2011 (UTC)

Case for removing it 1) It adds nothing specific. 2)The article is not about CP. 3) We do not link to every single crack and crank site. When you realize that people coming here come from a variety of sites, and look for interesting articles, the CP stuff, the Andy in joking will neither make sense nor add to their views. If all you want to be is a CP troll site, that's fine. But I really think this site can be more, add something that isn't out there, and get noticed. The links are simply unnecessary.

And really, maybe the better argument is "make a case for keeping it or get the fuck out."

I'm usually in favor of de-CPing, but I think the "greatest hits" or cases where CP provides the most relevant example of something can be left alone. Nebuchadnezzar (talk) 02:59, 3 December 2011 (UTC)

Don't be silly. The term is often used by religionistas but CP adds a special twist to the mixture. There's no reason not to include the CP link. This whole de-CP thing is bullshit being pushed by two or three people. TerrenceKoeckring (talk) 03:07, 3 December 2011 (UTC)
The thing is, the links are set up as basically an "injoke". If you think this is one of the best "kenny doll" moments, then write it like this "One Conservative site, conservatpedia, has made a great showing on this topic" and link. Dont' do the "I assume you know what CP is cause EVERYONE knows what cp is'. if it's a worth while "one of the best examples" type link, then say so, but do it for an audience of people who are not CP devotees.

(e/c)Personally, I don't see what the big deal is. CP has an article, and while this site does have a bunch of Post-CP users now, its still closely tied with CP. Perhaps it's my conservatism showing, but I personally don't see what the big deal is with excising all references to CP from the mainspace when y'all know CP is always going to be a critical part of RW history considering it was the main reason for RW being founded in the first place. DMorris2 (talk) 03:14, 3 December 2011 (UTC)

WFG is forcing his prejudice into this. All the template does is link to a funny site but for the anti CP-istas, all traces must be removed! The fact is that most people on this site are here because of CP and it's folly to deny it. The template is an easy way to let people contrast reality with CP-world. What conceivable reason is there to remove that? TerrenceKoeckring (talk) 03:17, 3 December 2011 (UTC)

I didn't remove the trace. IN fact I highlighted it. I said "look at this really sad article here by a stupid ass site". What I didn't do is say "rational wiki is a CP Troll site". we need to grow past that. Cause as i said, not one person I send here (and I send lots in my facebook world and my real world, where evoultion, atheism, etc comes up) know or care what CP is. So you tell them what it is, and you link to the article. That template makes us look as pathatic as CP. a one trick pony.

Jesus fucking wept, we are having an argument with some guy who shows up out of nowhere to whine about a link be removed, then about it being moved. ArchieGoodwin (talk) 03:28, 3 December 2011 (UTC)

That's why Conservapedia has the 90/10 rule, and why we shoot troublemakers that come in just to bitch about things out of the water. Some of the HCMs I see on Rat-Wiki are over some of the stupidest things (like whether to block MC or give him a mop). DMorris2 (talk) 03:31, 3 December 2011 (UTC)

The second one seemed like a single purpose sock. ArchieGoodwin (talk) 03:41, 3 December 2011 (UTC)
Part of this is my fault, i admit. I really use RW constantly. I edit here, not cause it's something to do in my bored time, but cause I send lots of people here for basic explanations of things, arguments to other things, or just to say "see, told you". I see that we got one (yeah) cite in a real article somewhere, etc. And I get the importance of CP space, and our history. I just think that when we assume people know what CP is, or only focus on that one site and not others, we really link ourselves to CP. so pushing this is partially my fault (oh, my first or second edit war).

(edit conflict) Well I must have missed the rule where one longstanding user plus one person suspected of being a sock with no evidence counts as insufficient reason to hold a discussion, even after a third person joins in. Can you point out that rule to me? TerrenceKoeckring (talk) 03:44, 3 December 2011 (UTC)

The common sense rule of the fact that you showed up as soon as it was locked to autoconfirmed. ArchieGoodwin (talk) 03:51, 3 December 2011 (UTC)

I guess i missed the rule where it says otherwise. Oh, right. we don't have many rules here. Again, explain why the template is of use. I totally understand why the link is useful, i added it with a quick line about what CP is. But why is the template of any use to this article?

Because your biggest audience is CP-watchers, who like that kind of thing. Don't bother disagreeing - wait until LArron comes out with the graphs and CP will still be way, way, way, way, way the biggest draw to RW. TerrenceKoeckring (talk) 04:05, 3 December 2011 (UTC)

Really? LArron will take the mystical IP log of visitors to RW, match it up with individuals and phone numbers, and conduct a stratified random-sample survey that will prove that people who come to RW come primarily because of Conservapedia? Blue Talk 05:18, 3 December 2011 (UTC)

A closer examination of the statistics will reveal that a large proportion of our most-viewed mainspace pages are Conservapedia-related.

And yet the causal relationship between RW's traffic and CP's activity is still far from established. Blue Talk 05:41, 3 December 2011 (UTC)

"The mediawiki hit counter is not perfect because some stuff got reset (e.g. WIGO:CP when it was deleted and restored)". If you want to delete the template, have the basic decency to start a discussion about deleting it. Removing it from one page after another then pointing out that nothing uses it is a low, cowardly way of going about it. TerrenceKoeckring (talk) 10:45, 3 December 2011 (UTC)

If I remember correctly the numbers lost in the deletion of WIGO:CP wouldn't alter the result significantly. Also, some other stuff is off, e.g. the Saloon bar view count seems too low, and RationalWiki:Smileys is artificially inflated thanks to a gadget. Anyway, that analysis isn't relevant, since the template doesn't link to CP-space, it links to CP, and the key question here is should we feature a prominent link in our articles to CP? I think not. Leave it to Ken to spam links to CP all over the internet, we don't need to help him out. -- Nx / talk 11:01, 3 December 2011 (UTC)

Decisions based on what Nx can recall? Wow. This site really has declined since I was last around. TerrenceKoeckring (talk) 21:19, 3 December 2011 (UTC) 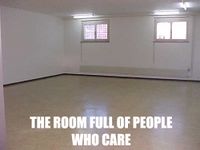 Your comments are always so tedious that the first half is the only bit that sticks in the mind. TerrenceKoeckring (talk) 23:13, 3 December 2011 (UTC)

Perfectly sound reasoning for ignoring not remembering the second half of his comments. Sam Tally-ho! 23:17, 3 December 2011 (UTC)

Then they already know about it. so why do we need to link to it? Again, why do we want to play to teh lowest common denominator, when we can HAVE BOTH. the link is there, it is highlighted, it is explained, but we don't look like the only thing we have is a CP world. That's what most people call compromise.