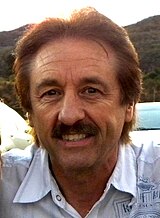 Comfort is a young Earth creationist and opposes evolution. His arguments for a young Earth are entirely unfounded in science, demonstrate basic misunderstandings of both evolution and science in general, and often aren't even based on reality. For example, he is well known for his banana argument, which claims that the banana is so perfect that it must have been intelligently designed in nature, despite the fact that the banana is a product of human artificial selection. He also really likes linking Hitler and evolution.

Comfort frequently attacks atheism, humanism, and the lack of God-worship as the sources of modern sins, such as homosexuality and school shootings. He frequently discusses supposedly iron-clad proofs of God (which generally rely on "common sense" and Pascal's Wager) and methods of evangelism (which generally rely on spamming out a list of pre-written loaded questions).