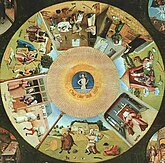 The Christian concept of sin is the sense of having offended a personal God. This is, of course, the same God who demanded the genocide of the Amalekites (including women and children), out of the blue, two centuries after they hassled the Israelites. The same God who sets aside his own "eternal" commandment not to commit murder so that Samuel could kill their helpless, captive king and complete the genocide.

What Christianity calls "sin" is really our survival instincts kicking into action. Human society does not thrive when individuals think only of their own survival while ignoring the needs of others. Therefore, society needs law codes to rein in self-centeredness. Ancient societies called the more anti-social actions "sins." They involved their God/gods in the law codes to scare people into promoting civility and rejecting selfishness. 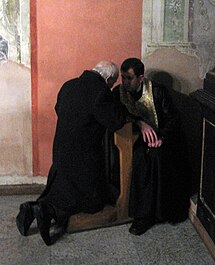 In traditional Catholic theology, mortal sins are those sins which result in eternal damnation if not absolved by the sacraments before death. Venial sins are the less serious sins which do not threaten one's salvation.[4]

At the end of the 6th century, Pope Gregory I (in office 590–604) established the list known today as the "seven deadly sins". Below are illustrations of all of them from French artist Jacques Callot.

In 1964 a sitcom called Gilligan's Island debuted on CBS-TV. Created by Sherwood Schwartz — not a Catholic — the series featured seven characters which many fan theories interpreted as representing the seven deadly sins: