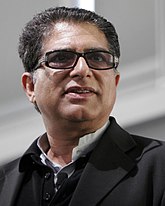 If you look up "not even wrong" in the dictionary (or at least on RationalWiki), you will find Deepak Chopra's face. Indeed, here it is. 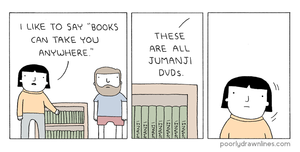 Not even wrong refers to any statement, argument, or explanation that can be neither correct nor incorrect, because it fails to meet the criteria by which correctness and incorrectness are determined. As a more formal fallacy, it refers to the fine art of generating an ostensibly "correct" conclusion, but from premises known to be wrong or inapplicable.

The phrase "not even wrong" describes any argument that purports to be scientific but fails at some fundamental level, usually in that it contains a terminal logical fallacy or it cannot be falsified by experiment, or cannot be used to make predictions about the natural world.

The phrase implies that not only is someone not making a valid point in a discussion, but they don't even understand the nature of the discussion itself, or the things that need to be understood in order to participate.

The phrase apparently originates with physicist Wolfgang Pauli, who used the phrase (in the form "Das ist nicht nur nicht richtig, es ist nicht einmal falsch!" — "That is not only not right, it is not even wrong!") to describe an unclear research paper. Pauli was known for his detestation of sloppy writing and arguments, and for his somewhat "colourful" objections to such things. The term has since gathered some popularity, amongst those involved in refuting pseudoscience, to reference the difficulties faced in dealing with some of the more out-of-this-world arguments. Examples include so-called creationist escape hatches, which are a series of irrefutable (but equally unprovable) claims that defy correction with conventional logic.[3] It also applies to science stoppers.

A correct argument or explanation is easy to spot; it may look like this:[4]

A wrong argument has an incorrect conclusion, but is presented in such a way that we can evaluate it, like so:

The above two examples can be shown to be right and wrong; they at least make enough sense for us to spot where the error is, or the logic leading to the error. Something that is not even wrong is usually so far out of the ballpark or so far from reality that it is, quite simply, flabbergastingly irrelevant. For example:

Most commonly, not even wrong arguments arise because of a lack of understanding in the person making the argument. For instance, a conspiracy theorist talking about people slipping "ionised radio waves" into someone's coffee — no one who knows anything on the subject could even think of a way that only one or two small misconceptions could lead to that, it really is not even wrong. Either through willful ignorance, or at best by being out of date with current research, they don't know enough about the subject to know what is needed to form a sensible argument. This can be caused by the Dunning-Kruger effect, where someone makes a not even wrong argument but lacks the meta-cognitive ability to recognize that they don't know enough even to make a wrong argument, never mind a right one.

"Not even wrong" applies especially when the premises of an argument are known to be false (based on observational evidence or similar), or when they are used to describe theories which cannot possibly be falsifiable or provide meaningful predictions. For example, any physical theory based on the existence of the aether would be classed as not even wrong.[note 1] In this case, it is a type of informal logical fallacy (an error in the content of an argument) as using incorrect or non-applicable premises will always yield an incorrect answer. As the premises are wrong, the conclusion is certainly incorrect, but the conclusion is at least correct based on said premises. The term "not even wrong" therefore describes this situation. The less strict usage of the fallacy to describe people who have no idea what they're talking about on any known level — whether it be Dewey Larson's model of the atom or Gene Ray's cubic time — is usually the manifestation of this in practice.

These two girls descend into so many layers of wrong that it becomes nigh impossible to see where their first level of wrong began.

Not Even Wrong is a book about String Theory by Professor Peter Woit of Columbia University's mathematics department.[7] He also has a blog of the same name.[8]