Future grandmaster of the cosmos with power over life, death, and pizza. I like long walks on the beach, getting ordained in parody religions, and sacrificing babies in the glorious name of Satan. I am currently ordained in 3 different religions, so if anyone in the Lower peninsula of Michigan wants a nerd officiating their wedding, let me know.

I am an avid player of Magic and Dungeons and Dragons

If you want to friend me on steam, leave a comment on my talk page. I usually play Team Fortress 2, but I also have The Forest and Left 4 Dead 2.

Bio of your future overlord[edit]

I'm a 19-year-old guy living in his parents basement (no I don't have a neckbeard) and going to college for a degree in CADD. Since I live in the middle of nowhere, I amuse myself by messing around on the internet. If you must ask, I am a white, male heterosexual, but I am a feminist. At least the type of feminist that believes that women and men should receive exactly the same treatment. I still think Anita Sarkeesian is full of it though.

I was raised as a Wesleyan, but my church drifted pretty far away from the relatively moderate attitudes of Methodists and was actually pretty fundamentalist. Our particular church got obsessed with creationism for a few years, and like all the good little boys and girls I was taken to be taught the truth at a summer camp with a lecture series from none other than - drumroll please - Ken Ham. Needless to say, my 8-year-old mind didn't exactly have the capacity to know that almost every word coming out of his mouth could be used as fertilizer, so I became a creationist, and remained so for several years. Fortunately, I started getting completely obsessed with biology, and my cousin - himself an atheist - explained to me exactly what evolution was and why it was true, thus effectively ending the creationist phase of my life as well as setting the stage for things to come.

I started deconverting from my faith as the result of an accident. You see, my high school had the brilliant idea to name the special education class "workshop" and to name the wood-shop class "woods". Considering that the area I lived in was extremely rural, I took the woods class to mean woodland management and workshop to mean wood-shop. As a result, I ended up getting stuck in a room with almost nothing to do for an hour each day. As if manna from heaven though, the school had inexplicably decided to drop a bunch of its old computers into the classroom, and since my family was using really shitty dial-up at the time, I welcomed the chance to surf the web with almost total freedom. As a result, I came into contact with the online atheist community, and it was all downhill for my faith from there. I wouldn't so much say that I became an atheist as I realized that I had been one for a while, and that the reason church hadn't been resonating with me for a while was because I no longer believed in its truth claims.

If there is any advice I can give to anyone who is thinking about coming out to their family, it's this: don't do what I did. I made the classic mistake of dropping that little bomb in an minor disagreement with my parents about politics, and it turned into an all out screaming match. Eventually they got over it, and our relationship has gotten back to normal. 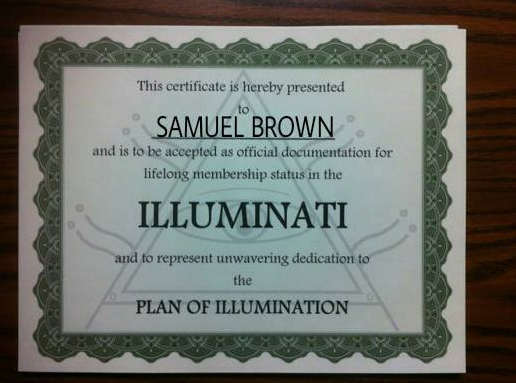 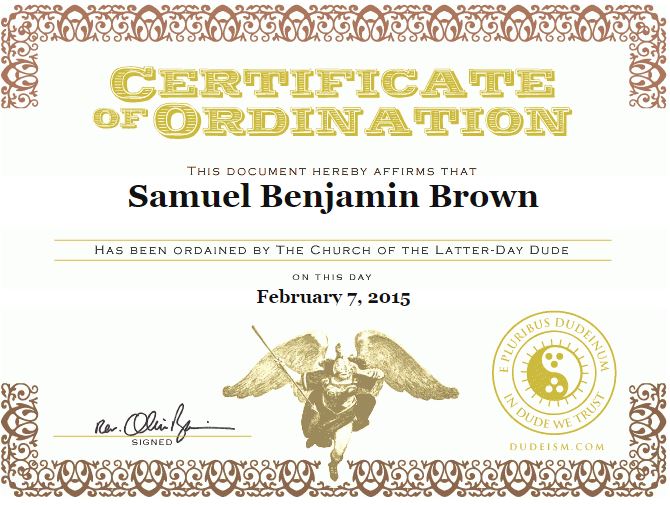 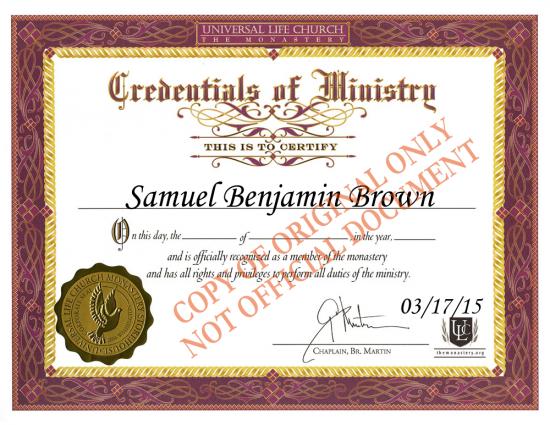 You may call me Reverend Sam
Retrieved from "https://rationalwiki.org/w/index.php?title=User:Greatnecro&oldid=1546536"
Categories: