"To summarize: it is a well-known fact that those people

who must want to rule people are, ipso facto, those least suited to do it.

To summarize the summary: anyone who is capable of getting themselves

made President should on no account be allowed to do the job.”

― Douglas Adams, The Restaurant at the End of the Universe 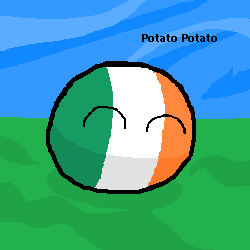 Portrait of Rairyu75 by Albrecht Dürer, painted in 1510. Oil on canvas.

On the various internet holes I like to poke my head into, I go by the name of Rairyu75, which seemed like a good username when I was in my early teens. Now that I'm older I kind of wish I had picked something a bit cooler, but I've had this for a while now, and getting rid of it would feel awkward.

I'm just a man, converting oxygen into carbon dioxide, and trying to make some sense of things around me. I have no formal qualifications to boast with, but I did have teachers throughout my childhood who taught me to read critically, and instilled in me a liking of history, economics and science; both the collection of facts and educated guesses which make them up, and the methods through which we came by them. I ain't a genius or a saint. Just a bored rando, who likes to read about these things

And you do what here, exactly?[edit]

Not much. Just reading, lurking, and not editing.

Not until I feel more qualified anyway. Maybe one day I will be well read enough on the various topics which are relevant to the Wiki's mission statement. Then I can list all the crappy articles I have worked on here.

My views and political leanings[edit]

Everybody and their cat is posting their political compass score, despite everyone saying how inadequate the test is. I'm not sure if my results represent my views perfectly (I'm not sure I like labels when it comes to ideologies in general), but I'll throw it out here nonetheless.