From RationalWiki
< User talk:Bohdan 314
Jump to navigation Jump to search
This is an archive page, last updated 14 April 2010. Please do not make edits to this page.
Archives for this talk page:  , (new)(back)
This article or section could benefit from more vandalism - as could France. 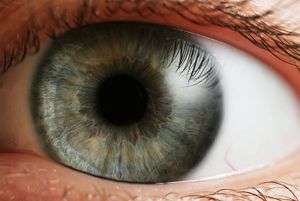 I may have, yes. Because I need my daily dose of lulz. Locke

Yes, but I'm usually asleep, and when I come on line in the morning I see all the weird stuff that's been caused and think WTF. This is the first time I've seen it happen when I've been on line.--Bobbing up 17:55, 14 November 2007 (EST)

Hey, as long as Locke/Pinto bean guy cleans up his pet's mess when they're done, it's all good fun. human

Heh, right place at the right time, you know. I just wish I'd got the block. Locke

Why thank you, it's good to know my work is appreciated. Locke

He was edit warring, and he said he had no intention of stopping, I feel it was justified. If anyone disagrees, please open a discussion here, and we'll try to work something out. Locke

If you blocked Ryan for constantly deleting at NWO, I think you did the right thing. And 3 days seems reasonable considering he said he would keep doing it indefinitely. Just MHO, of course. By the way, don't/didn't you want to be renamed "Locke", Mr. Pinto bean guy? human

I might leave it just to confuse people, thanks though. Locke

Ah, ok, cool, you can do it on your own. I'll quit bugging you about it for a while! And, that's what I thought. human

What do Pinto beans taste like?[edit]

You feel like banhammering me, please for to make sure it is a blockable offense. YOU FUCKING MORON! CЯacke® 23:00, 9 January 2008 (EST)

It was an analogy, by saying what I did I made it clear that TK is tolerated but not entirely welcome as part of the "group". (This is all tongue-in-cheek, BTW, yes, I could have unblocked myself but when faced with these sorts of "justice" issues I don't think it fair to use my powerz to mine advantage...I waited out the block as if I were a lowly editor as should oughta be the case.)CЯacke® 23:15, 9 January 2008 (EST)

I protest this: "I waited out the block as if I were a lowly editor". What in the name of the Holy Goat is Cracker saying here? Is this CP? "Lowly editor" indeed! I demand he be blocked for no less than 2 minutes! --TK/MyTalkRemember: Communication actually works! 23:45, 9 January 2008 (EST)

When an admin (like you) deletes an article, does it automatically read, to use a recent example, "deleted "Goon Squad on a plane": content was: '#REDIRECT Goon Squad' (and the only contributor was 'Radioactive afikomen')"? Or do you have to put that in manually? Just curious, because it makes me feel like the article is "my fault", so to speak, when I see my name in there, and I feel a little bit embarrassed/guilty/silly. --

Perhaps because it was the original location? But, I'm not admin, so what do I know? — Unsigned, by: Radioactive afikomen / talk / contribs

I just checked the history. Thunderkatz created Paleoconservative as a redirect to Paleocon. Later User:Snake Solid moved Paleocon to Paleocon on a plane. I felt the title "Paleocon" was too informal, so I moved it Paleoconservatism. So at the end of the day, we have a broken triple redirect. Did that help any? Or were you asking a completely different question that I wouldn't be able to answer? --

If I may intrude, I think "paleoconservative" should be the article title. Whatever mess it takes to get there... but that's just my opinion. human

What happened to our wiki?[edit]

Indent Nazi!!! A user's userpage is his/her castle, and none may touch it. Their talk page is the moat, where all the crap gets trapped. And you peed in it! How dare you, you Chinese luggage! --

I fixed some broken things. human