Snap! Bohdan will have to top this! G

At least replace the Hebrew pwn with a Cyrillic pwn... G

You are officially unpwned. Power-crazy? Me? I unblocked Bohdan too! G

I thought that was it. I thought that I, the resident vandal, had earned the ultimate block. i see you have kept it from me again. Now I will have to pwn you.Clustering illusionist

dlessLiberal 23:05, 3 August 2007 (CDT)
And I would never seriously perma-ban you! You're my favorite person here. Curious, do you ever catch any crap from the CP gang for being here/chatting with my socks before you bann0rz them? G

No. Nobody has said anything. They know I am loyal. I see you got me again at wikipedia.Clustering illusionist 23:09, 3 August 2007 (CDT)

(so many colon indent-thingies!)Yes, just the talk page this time. I saw TK added that to your CP page. Why'd he do that. It's such a creepy pic. G

Lol... I hardly do anything at WP. I've made a few useless edits, and most of the time don't even bother to log in. But I read several articles every day. G

What's this about paint? G

If you look closely and think laterally, you'll find a CP signoff there, too. -- מְתֻרְגְּמָן וִיקִי on wheels שְׁלֹום!

I taught myself the Greek alphabet, and could read Greek (as in pronounce it, I had no idea what I was saying) in seventh grade... I've since forgotten just about everything. But I'm going to figure this out. G

Yeah, I've got nothing. G

Try along theological (nudge nudge, wink wink) lines. Also, kudos for learning to read (out) Greek. I've been doing it for several years and I still can't pronounce it! -- מְתֻרְגְּמָן וִיקִי שְׁלֹום!

Yes, I noticed the 'theo' part in there. Couldn't figure out what came after it, though. I'll check it out again. G

Bee-yotch! You deleted my talk page! 10 second block for you! G

Wow. now my block log is getting really large! Bohdan

And deservedly so. G

Per your request on my talk page, I just promoted you to "normal user". No more blocking Bohdan in a snit! Feel free to ask, if you have more time for us, and ye shall be redemoted. humanbe in 20:50, 13 August 2007 (CDT)

Thanks! I heartily accept my promotion. I might come back, after college applications, tough classes, and such are finished. Who knows. G

YQW. So when you come back full force you're gonna be all edumakated? Ar U taking any of Andy's smart stuph to mak yur brainz biggr clazzes? humanbe in 21:21, 13 August 2007 (CDT)

I saw he's offering an AP Government course, but I'm just taking the liberally-biased version at my school. It'll be interesting to see how his 'class' does, and how I do. G

I predict with a 97.2884952% probability that there is a probability of 4 out of 5 that you will see a drug addict while on campus, and for that reason will learn nothing. Schlafly's expertly taught class, meanwhile, will achieve political scientific apotheosis sometime around mid- to late October and go on to become just as successful as himself. --AKjeldsenGodspeed! 04:52, 19 August 2007 (CDT)

What happened to your pictures?[edit]

Haha, that's not me. I'll upload a pic of myself for comparison, if you wish to compare. G

I thought you left. I gave up my "Resident Vandal" title because I lost all will to pwn as I was under the impression you had gone. Bohdan

Perhaps Bohdan, you should be "Resident Vandal in Chief". Locke 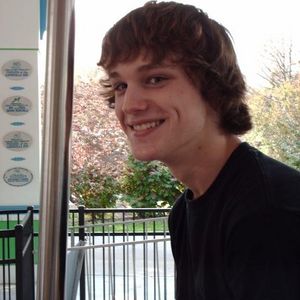 GL is not some conservative kid in Princeton, that other guy has curly hair!

Haha, a pic of me on your desktop? That's almost as creepy as baptists4brownback having a link to my myspace. G

That kid is totally awesome. He probably should have gotten permission from his school to post them (as I'm sure his school requires permission to post things, like mine does), but he has my respect for knowing his stuff and standing up for his rights. Even if I think his views are insane. Arab occupation of Jewish lands? Got that backwards, buddy. G

Want me to block him for this latest creepiness? Locke

Sorry to disappoint, Bohdan. I really am a lefty. That kid's hair is way curlier than mine. And he's pretty short, while I'm 6'4", not that you can tell that from my picture. And Pinto... give him a block for me, since I had human promote me from sysop to normal user. I think two minutes sounds reasonable, don't you? G

Will do. Oh and Bohdan, at least I didn't make the eye your desktop. Locke

I'd probably pass out or something. Bohdan

The man has a point. And, I totally want a picture of Bohdan for my desktop. G

Fine then, send him a stone tablet. Locke

Who was it that first thought I was this kid? G

Someone on drugs? Locke

It was an IP editor, but one who was obviously familiar with you. Bohdan

I mean... we sorta look alike... if you only saw my picture a few times a really long time ago and never met me in real life. Which is, obviously, the case. After AutoFire finds he's been GLPWNed by Bohdan, and after whoever's IP that was sees it isn't me, delete the image again, unless you find my striking good looks useful for something. G

Haha, I'm two steps ahead. I already saw it and was about to put a big 'WTF' on your userpage. G

Yep. I was at the WTC in Lexington, Kentucky the other day. They had this huge map on this wall, and I have the same map on my wall. They didn't find that anywhere near as awesome as I did, though. G

I'll probably miss you guys too much in about a week or so, and come hang out again. G