From RationalWiki
Jump to navigation Jump to search
This page is automatically archived by Archiver
Archives for this talk page:
<1>

Over in the saloon bar (and three days ago, sorry about the timing) you said (regarding the wikileaks release of a list of "sites essential to US national security): "The other thing is that list of 'secret sensitive sites' wasn't secret. The only valid argument that can be made about that list is "you put it all in one place!"". Do you have a source or reference or something for this? I'm talking about it with someone else and I can't for the life of me find anything about it since all the search strings I can think of just take me to articles talking about wikileaks releasing the list. X Stickman (talk) 17:31, 10 December 2010 (UTC)

Of course, in the words of Max Frankel (who released the Pentagon Papers), "Governments must finally acknowledge that secrets shared with millions of "cleared" officials, including lowly army clerks, are not secret." All of that said, I don't think this was the best release they made as I think the whole 'State Department trying to collect world leader DNA samples' release made the point they were trying to make with this. They should have held this back, but the reaction is way overblown. --Leotardo (talk) 17:59, 10 December 2010 (UTC) 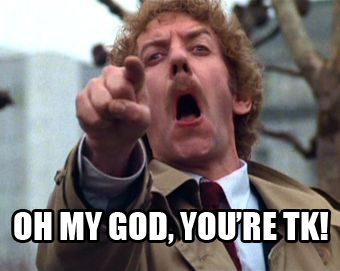 If you start taking the piss out of my relatives I'll take you to the coop for flagrant violation of community standards. First and last warning. –SuspectedReplicant retire me 15:26, 30 March 2011 (UTC)