From RationalWiki
Jump to navigation Jump to search
Archives for this talk page:
<1>
, (new)

Yah, I got the same dearth of responses to my post on the same page. For unknown reasons, our comrades can't be bothered to contribute regularly to the debatespace. If it's not in recentchanges, then no one visits. I'm still miffed that Rational Thinker abandoned a healthy debate I was (trying) to have with him. Then again, he was losing... maybe that's why. Which may also explain why Susan never responded to my observations, either. --

You mean, you can't tell when you've been whumped? Ah, well, my post was made in response to your proposal that anyone who believes in a deity is so irrational that they shouldn't be allowed to run for public office. I was criticizing your logic by following it through to its logical conclusion.

Regardless, I would appreciate it if you responded seriously to it. As one of the more established members here, it would help set an example for all. --

(I'm a newbie) - I know it was a - what’s the expression - something like - ad absurdum - means taking a proposition to its logical (and absurd) conclusion. It's obviously untenable to ban everyone but I don't think they're really suited to govern if they can't realise their bloody stupidity. SusanMiouw 14:56, 13 February 2008 (EST)

You were here before me. That makes you "more established". And I could have called you "matronly", but I didn't think you'd appreciate it. :-) -- 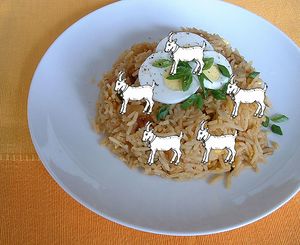 You could also have just added another header... human 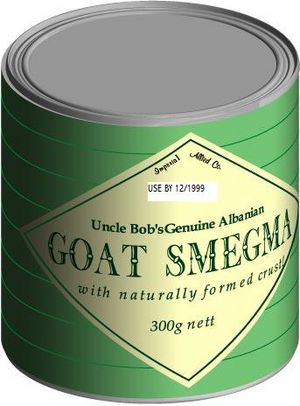 Just how many goats did you kill to make this, Cracker? --

...thank you. You made my day yesterday. You don't have to know why.

First of all, I forgot about all the goat on my page. It's a little startling to see all the sudden.
Second of all, I have no idea if I am who you think I am, and if so if I did what you think I did. But I'm not above taking undeserved compliments and pretending they were meant for me. :) Lurker 20:58, 2 April 2008 (EDT)

Why would it have to be a dummy? Couldn't you get a wiseguy email account? human

I realized there was someone I missed, who wasn't around any more. Damnit, where did you go? Come back! (Says the guy who disappeared for over half a year.) Researcher 01:13, 18 December 2008 (EST)