And have a slice on me!

It seems we have news of your leaving and never coming back. This makes me sad, as we did a lot of work and had a lot of fun together in this little meta-world we shared for a while. I hope those who are mourning your passing in the flesh are doing ok.

I know you probably won't read this, but if you happen to bump into TK in the Great Orange Box in the Sky, slap him for me for you, will ya?

To you!
You were a great wiki-friend and an all-round classy broad. When you put me on your list of favourite editors, that was cooler than being made a sysop back in the days when that meant a LITTLE something. Goodbye. P-Foster (talk) 01:42, 11 April 2011 (UTC)

Fuck, it's just us two? Marganita (whatever your real name is) and Roger, please know that your friend was our friend and was hugely appreciated in many ways over the last few years. I hope, at least, that this place gave her a sense of purpose and outlet and sense of camaraderie in her last years, beyond what you, her real-life friends, provided. ħuman

Maybe we could move the Saloon Bar thread over to here? As for Susan, I didn't really know you at all, but it was always good to see one of the old guard around, and it's always sad to see one go. I hope you enjoyed RW as much as we enjoyed your presence. EddyP Great King! Disaster! 09:02, 11 April 2011 (UTC)

I've got a tear in my eye. Susan/Theresa was a pleasure to know, even if just online. To friends of hers reading this, know that she will be sorely missed by all that met her here. Love and condolences, SJ Debaser 10:29, 11 April 2011 (UTC)

While we didn't always get along, whether here or on aSK, I've always respected her opinion. She will be missed greatly. Aboriginal Noise Oh, you want to hit people with garbage cans? 10:49, 11 April 2011 (UTC)

Likewise, Susan and I had a couple of spats but I'm still very sad that she's passed away. Condolances to her family. CrundyTalk nerdy to me 11:03, 11 April 2011 (UTC)

My spats with Susan were mostly about Fun:Stilton. I will miss her entertaing and useful contribs here. Totnesmartin (talk) 11:08, 11 April 2011 (UTC)

You'll be missed, Susan. We are poorer for being without you.--

A sad day for teh wiki. You will be missed.

I didn't know her much, only bumbed into her a couple of times. But it's very sad to see somebody go who did so much for this project, who was so passionate about it and could, I think, always had a laugh at something. May you rest in peace, whereever that is. You will be missed, moaned and remembered. --UHMharassme 13:33, 11 April 2011 (UTC)

Susan was the sort of person that you just wanted to sit down and have a cup of coffee with. I will miss her presence dearly. AnarchoGoon Swatting Assflys is how I earn my living 14:50, 11 April 2011 (UTC)

I could never claim to have gotten along with Susan/Theresa in any meaningful measure, but I am very much saddened by this. It is a grievous tragedy. Tricksy (talk) 01:46, 12 April 2011 (UTC) 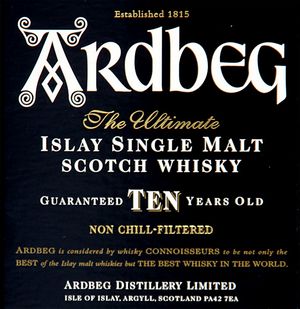 She was one of the first editors here who I shared inside jokes with. She was the one who nominated me for sysop back in the day. When I left this site for a while, she was the one who put my name up in the shrine. This little paragraph for her can't match what she's done for me. She gave this site something special; this place (and I) won't be quite the same without her. With great sadness, goodbye. ThunderkatzHo! 03:52, 12 April 2011 (UTC)

Susan was a great contributor to RationalWiki and a great battler in her fight with cancer. Like me, she had little patience with the congenitally religious. So long kiddo, I'll miss you.  Lily Inspirate me. 07:50, 12 April 2011 (UTC)

As a fellow member of the "Dreaded Gang of Four" I will miss Susan/Toast very much both on and off wiki; we got along very well. My condolences go out to Jayne who helped her through her battle with cancer. I shall raise a glass of her favourite Ardbeg in her memory and propose that February 24 be RationalWiki Toast day.

Here's to you, Susan! Your wit and dry humor will be missed. I still love the Douglas Adams quote about fine-tuning! sterile ricer 13:45, 13 April 2011 (UTC)

I haven't been around too long or anything. But I really liked Susan, and will miss her presence around here. Quarudot - You can't explain that! 14:51, 13 April 2011 (UTC)

Missed her anyway, but this kind of formalizes that. Hope there's good wine wherever she is right now, and thanks for being someone worth being around. Concernedresident omg!!! ponies!!! 15:47, 13 April 2011 (UTC)

I was very sad to learn of your passing. I always enjoyed having you around, and Rationalwiki will not be the same without you. DamoHi 09:25, 16 April 2011 (UTC)

I don't even know what to say..... this is perhaps the most depressing thing I could even come back to. You were a wonderful friend, albeit online, and always a joy to chat with, especially while I was going through my own treatment. You will be dearly missed by many, as can be clearly seen. I will be sure to have a drink to your memory when I visit England this summer... I feel as if there is so much more to say, but please contend with this: Goodbye, friend. Pinto's5150 Talk 00:58, 27 April 2011 (UTC)

Susan, I'll remember the witty comments and conditions you created with great fondness. I'm sad to hear of your passing and hope that, if there's an afterlife, it's treating you well. --Hojini hao 08:25, 20 May 2011 (UTC)

Taking a break from my holiday to say how much I'll miss you. You helped me from my very first edit. We'll see each other in the afterlife and we'll settle many scores and live like kings. Ace of Spades 09:20, 16 April 2011 (UTC)

I wouldn't hold your breath if I were you, Ace, but I miss her too after reading all those things about her that I read thanks to Damo. Now I regret that I haven't known SusanG. JimJast (talk) 12:58, 27 April 2011 (UTC)

Strictly this isn't until tomorrow, Feb 24. But yes, I miss you Terry.

This community just hasn't been the same since we lost you. And yet in our memories, we shall never forget you. Recklessly Noise Punk What's this button do? Uh oh.... 14:50, 24 February 2012 (UTC)

...but I still feel sorry that we never will be able to know each other; I was oblivious to you, and you're now in eternal oblivion. *holds up glass* To Susan's memory. *drinks*

Susan/Toast/Terry, you are still missed. I can't believe it's been 2 years now. The Ardbeg will be out tonight.

Gone, but not forgotten. Miss you T.

... But I've nominated you in the upcoming RationalWiki moderator by-election. Feel free to ignore the nomination if you're not interested. So long. Щєазєюіδ

I'm reading hints that she died from cancer, but where exactly is the source of the initial news? In any case, Rest In Peace, SusanG.—(((CheeseburgerFace)))

It was common knowledge that Susan was suffering from cancer. User Scream knew her in real life (he was an old friend and neighbour) and informed us shortly after she died.

Some people you might recognize are back, and someone revived RationalWikiWiki. I think you'd like what we've done with the place. We all miss you, even those of us who didn't know you. RoninMacbeth (talk) 17:59, 23 February 2018 (UTC)

Here's a stilton cheese offering while you're at it.

Another year gone and another year that Susan is missed. A good reason to enjoy some stilton followed by a glass or two of Ardbeg in her honour. Genghis Khant (talk) 17:14, 23 February 2019 (UTC)

Here's to you, Susan. I may have been a little boy (and not even an atheist yet) during the time you were alive and on this wiki (and therefore will never know you), but I've heard from older users about how your contributions have helped shape this wonderful corner of the internet- ones that helped me learn about this site's culture and history. If you meet TK up there in the Good Place (if such a thing does exist by any chance), kick his figurative ass for me. May the user who posthumously helped teach me how to be a RationalWikian live forever within our hearts. --Goatspeed. Watch meCircularR

Whilst I've never known you in life, I pay my respects to the dead. It is unfortunate that we never were able to meet. Techpriest (I am Alpharius! /

I didn't know you either Susan, though I've read through enough of this Wikis early events to know that you were an interesting person whom I probably would have liked. I don't have the money to drink Ardbeg in your memory until come Friday, but I'll buy a bottle then. Until then, I'll be downing Islay Mist hoping that the soil lies lightly upon you. Knight CommanderIn ServiceTo HerGoatness 00:30, 25 February 2021 (UTC)

Hey Susan, just dropping in again. Funny thing, set a reminder on my phone so I'd remember to drop by and wax a bit. Guess that didn't work out so well. I still remember and miss you and your acerbic wit. Till next year. Now I gotta go get some Ardberg and pour one out because I completely missed this year. ĵ₳¥ášÇ♠ʘ and his Sword of Wiki-Editing! 03:04, 10 May 2021 (UTC)