From RationalWiki
(Redirected from Academy awards)
Jump to: navigation, search

Anna Magnani with Oscar in 1957

The Academy Awards (often called the Oscars) is an annual televised Award Show ran and presented by the Academy of Motion Picture Arts and Sciences. Starting in 1929, It was the first HUGELY important entertainment awards show that spawned countless others for movies, with every entertainment medium getting its big award show with a catchy name (like the "Emmys" and the "Grammys" and the... "Video Game Awards"... some are more creative than others).

While politics and controversy at the Oscars are literally as old as the awards themselves, in the modern day it becomes a small-scale political battleground every year, with very serious people on all sides of the spectrum finding something to get outraged about. This undoubtedly spawns the same repetitive meta-argument about how relevant and important the Academy Awards actually are. Few understand what the Academy is and how they vote, but what is sure is that most people are bound to forget about the Oscars two days after it happens.

Hollyweird of the 1920s was a strange place, trying simultaneously to be paragons of high artistic culture and some of the most debauched group of weirdos behind closed doors. These two things came in conflict when a very popular comedian named Roscoe "Fatty" Arbuckle was accused of raping and killing an actress. A historical debate rages as to whether he actually did it, but despite being acquitted of all charges over three separate trials, the scandal was huge enough and embarrassing enough that the studios destroyed most of his films, which is why you've probably never seen one of Arbuckle's films. The scandal caused a moral panic about Hollywood that would not subside for some time (the Hays' Code

would be implemented in the 1930s, making Hollywood nice and censored morally upright for ~30 years). Hollywood's answer was to put on a dazzling showcase of their glamor while highlighting their best works and reminding people why they don't hate movies. Thus, the Academy Awards was born. [1]

As of 2017, the Academy of Motion Picture Arts and Sciences has 6,687 members, making it bigger than any other industry group that votes on awards. You either have to be nominated for an Academy Award or be sponsored by two other members to get in. While it's large it's hard to call it inclusive, which plays into the controversies below. It's currently 89% white and 73% male with an average age of 62[2], making it about as diverse as many far-right political organizations. To be fair, due to recent controversies, they have taken steps to increase diversity, though that also gets the other side mad.

Categories and methods of voting have changed over the years. The Academy is broken up into 17 branches, such as acting, cinematography, and visual effects. Each branch votes on both the nominees and the eventual winners of each award. So while all 6,687 members can vote on Best Picture, only 117 members vote on Best Costume Design.[3] All ballots are done through preferential voting, and only two people (accountants who tabulate the results with no contact with anyone else in the Academy) know the winners before awards night. 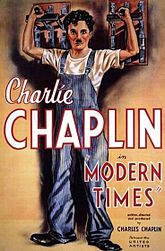 Modern Times — universally acclaimed, but not even nominated

In modern times, an Oscar nomination, and certainly a win in a major category can drive sales for films that otherwise probably would not have done so well on their own. Oscars and other awards remain one of the only measures by which to judge someone in the industry. However, it's a very dubious measure, as the Academy (along with many award shows like it) are known for favoring certain kinds of movies and individual performances over others. [4]

Rather than the most critically acclaimed and/or popular movies, the Academy tends to go out of its way to honor "important" movies with "messages" that most people have trouble remembering. This bias goes back a long way, back when Citizen Kane (generally considered perhaps the best movie ever made) lost to a boring drama about Irish immigrants that barely anyone watches today. More recently, Hollywood tends to be self-obsessed, honoring movies about Hollywood and acting (such as The Artist, Argo, and Birdman all falling in this category). They also have a real affinity for period movies, specifically ones about World War II. Science fiction and comic book movies are usually lucky just to get a nomination. The Acting Branch tends to reward whichever actor or actress suffered the most during filming, and famously playing gay or handicapped tends to be an easy way to get nominated if not win. These problems continue to flow downward, with the Animation, Foreign Film, and Documentary categories often not treated with a lot of consideration or weight.

As a result, most people watching have never even heard of most of the movies being highlighted. Many people also watch the "Red Carpet" shows before the Oscars, where they can properly worship the celebrities and talk about the incredibly expensive fashion they are wearing. Due to maybe a confluence of these factors along with controversies, ratings for the Oscars have steadily declined since 2014 (to a 10-year low in 2017), though ratings are known to jump around depending on who is hosting and the movies that get nominated.

There have been controversies of varying impact at the Oscars for a very long time, with the very first ceremony being held to try and overshadow the Fatty Arbuckle murder trial. Hattie McDaniel was the first African-American to win an Oscar for her role in Gone With the Wind, even though at the time she was not even allowed in the theater where the ceremony was being held due to her race. Various controversies have come and gone over the years, though most of them are less political and more about celebrity intrigue.

Most controversies are due to Hollywood's espoused progressive values coming in conflict with their actions. This causes progressive activists to heap criticism from the left, and causes the right to make arguments from hypocrisy. 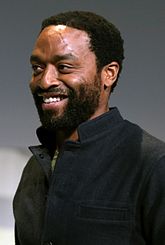 Chiwetel Ejiofor, who received an Oscar for his performance in 12 Years a Slave

The most bombastic controversy in recent years, it started in 2015 when all 20 acting nominations featured white people. This was the first year since 1998 where not one acting nominee was a person of color. The criticisms were brushed off as an aberration, the previous year featured 12 Years a Slave winning Best Picture and featured three black nominees in acting categories. It really hit the fan in 2016, however, when once again every acting nominee was white. Tepid criticism turned into louder outrage from activists accusing the Academy of sidelining and ignoring the work of black actors and film-makers. This renewed outcry came in the middle of an election season where you know who who was starting to be taken seriously. More attention started to be paid to the very old and very white demographics of the Academy, and long-simmering anger over non-white movies and actors being relegated to movies about slavery or civil rights boiled over. [5]

Naturally, this sparked counter-outrage, with many of your "anti-SJW" types going out of their way to defend the Academy's decision, because "the best people should get the award." This of course ignores a lot of realities about the awards. An actor named Michael B. Jordan was knocked unconscious while intensely training with real boxers for the movie Creed, one of the best-acclaimed movies of the year, but didn't get a nomination. [6] This was all while the Academy was fawning over Leonardo Dicaprio for shooting in the bitter cold. The only explanation for the snub is because Jordan was either considered too young or inexperienced (a factor which did not stop them from nominating literal children in the past), or because they simply didn't care as much about the black boxing movie.

In any case, the backlash caused the Academy to try and make more proactive changes in the organization. The Academy invited over 600 new members over the next year [7], and set ambitious new diversity targets for 2020. It can be cited as perhaps one of the few times orchestrated social media backlash resulted in something positive.

In 2017, we got the third and most predictable act in this story, as the Academy nominated a record 7 people of color for acting awards, with two of them winning the top award, with the Academy also giving the Best Picture award to the "black movie" Moonlight. Also predictably, the same naysayers from previous years called this "affirmative action" and a transparent attempt to skirt the controversy.

You wouldn't know the Oscars were an awards show for movies by watching some outlets — along with its actual purpose, fashionistas obsessively watch the Oscars to see what the incredibly wealthy celebrities are wearing (or "who" they're wearing, referring to the designers of the clothes). The "Red Carpet" pregame show often includes showcases of fabulous dresses. This led many reporters to ask male actors about their craft and careers, while they asked actresses about what they were wearing.

Citing the obvious sexism in this, actresses and activists alike called on reporters to stop obsessing over who they were wearing and ask them similar questions as men. [8]

The 89th Academy Awards held in 2017 were memorable for one major reason, the winner of Best Picture (the most important award of the night, done at the very end) was initially announced to be the movie La La Land, which was also expected by most observers to win. Chaos then ensued in real time (it's a live show) as Academy officials rushed on stage to inform the world that Moonlight had actually won, and that the mistake was caused by a card mix-up.

Naturally this led the conspiracy-minded to believe that La La Land really did win, but the Academy vetoed that decision in a publicity stunt to ensure the award went to the "black movie" Moonlight. [9] While it is theoretically possible to stage something like this (it is Hollywood after all), it's unlikely, the Academy already avoided criticism in 2017 due to more diverse nominees/winners, and few would have raised objections if Moonlight didn't take home the top prize. You could say the people pushing this theory live in... la-la land.

Other explanations were that it was orchestrated purely for ratings, or as some sort of prank by the host, Jimmy Kimmel. The accounting firm in charge claimed full responsibility for the mishap and explained in detail how it happened,[10] but everyone knows the official story cannot be trusted! Getting to the bottom of it is undoubtedly very important.

On the bright side, the La La Land/Moonlight mix-up did inadvertently debunk an older conspiracy theory about the Oscars, claiming that Marisa Tomei's win for Best Supporting Actress for her role in the 1992 comedy My Cousin Vinny was due to a similar mix-up that went uncorrected.[11] Tomei's dark-horse victory that year came as a genuine shock, not only because she was up against acclaimed performances by Vanessa Redgrave (considered the favorite that year) and Joan Plowright but also because the Academy has long been known to be dismissive of comedy films, and so many people figured that Jack Palance had read off the wrong name on the card.[12] Had there been a genuine mistake, we would have seen what we saw years later with La La Land and Moonlight.

But why should I care?[edit]

It's a good question. At the end of the day, the Academy Awards are a bunch of fabulously rich people spending an obscene amount of money throwing a party celebrating how awesome they are. One could make the argument that art is indeed important, but the movies would get made regardless. So before you launch into an argument about an Oscar controversy, you should probably ask yourself whether it's worth it.