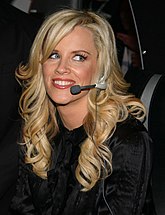 How could I steer you wrong? 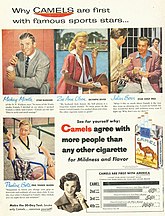 Smoking Camels cigarettes can cause emphysema, that's why famous sports stars love them!

The fallacy is an appeal to authority and thus a conditional fallacy.

It is well known in academic business studies that celebrity endorsements significantly increase advertising effectiveness.[10] Therefore the most common form of appeal to celebrity, the usage of celebrities to endorse products in advertisements, happens far too often to note individual instances. Celebrity endorsements of products should be considered only at face value: they are when a company pays a celebrity, as part of marketing branding, to boost brand awareness by increasing buzz around a product with a positive review.[11] Nothing more, nothing less. The celebrity in question may or may not like the product, they get paid either way. It is not uncommon for a celebrity to endorse one product, and then be spotted in public with a competitor's product.[12] Even if they are contractually obligated to use the endorsed product in public.[13]

Also, scammers will frequently depict celebrities, almost always without authorization, "endorsing" the scam in their own promotions. This is particularly common for get-rich-quick/investment type scams,[14][15] scams promoting bullshit health products like supplements,[16] and celebrity imposter scams, where a scammer impersonates a celebrity to fleece a victim into donating money towards a fake charity or other similar ruse.[17] Even quack doctor Mehmet Oz fought back against people falsely using Oz's name to push out their own brand of bullshit health products.[18]

Popularity is irrelevant to truth. The only minor exception occurs when the cited celebrity is popular because of their expertise (e.g., Richard Dawkins, Stephen Hawking, and Neil deGrasse Tyson in their respective fields), which merely shows (in this case) that said persons are good at explaining science, not necessarily doing it. It also doesn't follow that, for instance, Dawkins's expertise in biology gives him any particular authority in questions of religion, or for that matter other branches of science such as physics or astronomy. Similarly, Michael Jordan

talking about LGBTQ issues (via their charity) because they are gay.