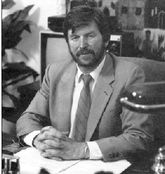 Dennis Lee (a.k.a. Josiah David[1])is a practicing pseudoscientist, and head of a company called Better World Technologies. His company markets practically every false technology that one can think of, from healing devices that use zero-point energy to an over-unity motor. Lee claims that corporate America is doing everything in their power to suppress him. He claims that God dictates instructions to him, which lures thousands of the faithful into his scam[2] and paranoia.

Internet skeptic Eric Krieg, who has done an excellent job in refuting Lee, was said to be "CIA sponsored" by Lee's wife.[3] Lee's followers are told that they are not allowed to even look at Krieg's website.

A few people have suggested that his behavior in running his company is similar to that of cult leaders.[4] 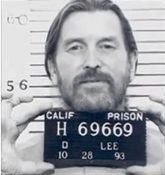 In May 2021, the US Securities and Exchange Commission filed fraud charges against him for "fraudulently raising nearly $4 million from over 130 investors nationwide through the sale of membership units in [The Premier Healthcare Solution, LLC]."[7][8]

All of which, one wouldn't know if one only read Lee's auto-hagiography, in which he claims:[9]