or without political power. When used as a pejorative or snarl word, it can mean "a new religion, that isn't mine, which I don't like." In popular culture, the term is generally applied to religions that are controlling and extreme.

The media narrative is that cults are scary groups where lost children go to be raped and murdered, where the recruits wander through airports chanting various 'ohms', and of course, where people are (ooga booga) brainwashed.

A bit more formally, the term is usually used to refer to religions (or other movements) whose beliefs or practices are heterodox and regarded by the larger population as bizarre. In the academic discipline of religious studies, recently developed religions have been called "new religious movements," or "NRMs," as a scholarly attempt to avoid the pejorative connotations of "cult." 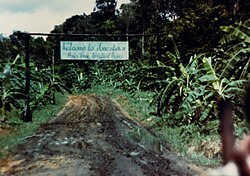 The term "cult" gained currency — and deeper pejorative connotations — during the 1960s and 1970s due to the criminal activities of groups like the Manson Family. Outsiders considered that various NRMs exercised a coercive control over members' lives; on the other hand, such NRMs proved especially attractive to young people in search of meaning. Adherents often segregated themselves from society, including from prior friends and family, and adopted non-mainstream lifestyles. Recruitment tactics like love bombing and offering an environment of stability via identification with, and dedication to, the group aroused alarm in non-adherents.

Anti-cult hysteria during the 1970s and since has had an air of moral panic. In at least one case — the Branch Davidians — this unreasonable fear led to preemptive law-enforcement actions far out of proportion to any danger the group actually posed, if any, and ended in disaster. Moreover, the Satanic Panic mania of the 1980s and 1990s infected law enforcement and prosecutors, leading to wrongful convictions of many for supposed ritual abuse of children, events which in all likelihood never occurred.

On the other hand, some cults have posed a genuine threat to society or to themselves; well-known examples include the People's Temple and Heaven's Gate mass suicides, the sarin-gas attacks on the Tokyo subway by the Aum Shinrikyo cult under the orders of Shoko Asahara, the spreading of Salmonella at salad bars in The Dalles, Oregon by the Rajneesh movement in order to influence local elections and to take over the city, and criminal harassment of critics and ex-members by Synanon and by the Church of Scientology. 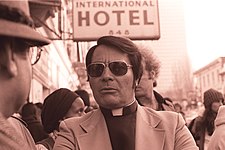 The term "new religious movement" is a euphemism for "cult." They are young and have a novel mix of teachings and practices.

The question what is new is not fixed. One rule of the thumb is that they came into a country after the second world war. New religious movements are very diverse. They tend to be small, unpopular and generally receive little support from society. A notable exception to this is the Sathya Sai Baba movement that is supported by many high-ranking Indian politicians. Japan has some large new religious movements.

One important practical question is how to deal with a family member or friend who joins a movement. The degree of involvement may vary greatly for each individual: not all new religious movements demand strong commitment.

Individual problems with a movement may only appear on leaving for a committed adherent, especially when the adherent lives in an intentional community.

Some countries, like France and Belgium, have special laws against new religious movements. The UK has a government-sponsored public education institute, called Inform. Other countries like the USA and the Netherlands have no special laws or institutes at all.

New religious movements may become less radical and less demanding over time. For example, in ISKON/Hare Krishna, not so much pressure is put on converts to live in an intentional community anymore. 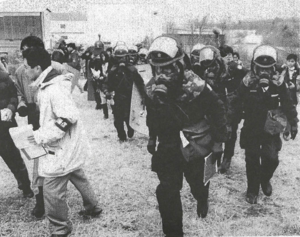 With that said, there are several warning signs that can be used to indicate when a religious group has gone from "harmless, quirky woo-meisters" to an active threat to its membership and even to others.[2] 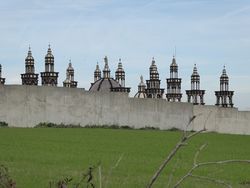 The Palmarian Catholic Church cathedral. The wall surrounding it is a good example of #12: Isolation in action.

Groups considered to be coercive cults

Note: the groups listed below below are not necessarily cults, though they have been accused of being so.

See the main article on this topic: Self help

See the main article on this topic: Organized crime

According to many Christian fundamentalists, any sect that does not agree with their doctrines is a cult, though they are less pernicious than many of the above groups. Examples of such sects include:

See the main article on this topic: Personality cult

Soviet leader Nikita Khrushchev's 1956 secret speech "On the Cult of Personality and Its Consequences" was the outing of the late Joseph Stalin as being a cult figure. The unfortunate Mao Zedong was to suffer a similar fate a few decades later.[8]