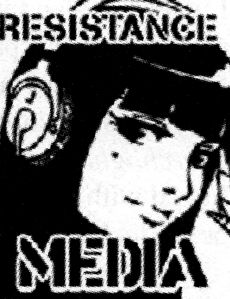 The first English National Resistance was a white nationalist group which was launched in March 2009.[1] According to Hope not Hate the group was run by the far-right campaigner Kieren Trent,[2] although one member, who posts at Stormfront under the name "Insurrectionist", denies this.[3] The group became defunct in 2012. Another possible culprit is Stevie Currier, who in October 2010 listed "forming the ENR" as part of his history in white nationalist organisations.[4]

The group's main hobbyhorse was miscegenation, as its website explained:

Racial mixing is becoming more trendy and widespread especially in the big cities , [sic] on any given day you will have the misfortune of seeing some white chav woman with an IQ of about 75 walking down the street hand in hand with a big black negro and more noticably lately white men walking around the city with their ‘prize’ african or chinese woman. So many white girls (and boys) are now going with blacks and producing bastard offspring which do not belong to any race .[5]

ENR denied that it was neo-Nazi, but yet promoted openly neo-Nazi elements on its website.[6] As well as non-white and mixed-race people it criticised homosexuals and bisexuals; its list of undesirables also included "people who think its OK to cheat on a partner". This, along with the group's specific condemnation of "decent looking white girls" dating black men, prompted blogger Edmund Standing to suggest that sexual frustration may have been a possible motivation amongst some members.[6]

The nationalist writer Tony Linsell was a fan of the group, interviewing an anonymous spokesman for his website Steadfast Online and comparing ENR to Malcolm X.[1] ENR had some idols of its own: one of its now-defunct blogs praised David Lane as "one of the finest thinkers our race has ever produced" and promoted David Dees' bizarre political cartoons attacking the Illuminati and its false flag terror attacks.[7]

Despite condemning television as an agent of mind control[8] ENR made heavy use of pop culture imagery, creating promotional graphics that evoke The Matrix,[9] V for Vendetta,[10] The Lord of the Rings[11] and 300.[12] Its most curious appropriation, meanwhile, was its "Resistance Media" logo, which showed what looked suspiciously like a character from a Japanese anime.

The organisation was influenced by "autonomous nationalist" groups from continental Europe[1][13] and eschewed the football fan stylings of the English Defence League and the pre-Norman iconography of English Shieldwall in favour of a sort of grime scene look.[14] Its activities seem to have been limited primarily to flyposting sprees, videos of which were posted online; one poster in particular was mocked in the blogosphere for its misspelt slogan "your brainwashed existance[sic] shall be met with resistance".[14] The group also indulged in graffiti, with slogans such as "stop capitalism";[15][16] on the plus side they tidied up litter sometimes, too.[17]

To the surprise of absolutely nobody their approach failed to catch on amongst English youth. For the most part the group had vanished by the end of 2011; according to another sympathiser on Stormfront this was a result of certain members being arrested.[18] It would appear that the North West division, run by Stormfront's "Insurrectionist",[19] is all that remains - and this small splinter seems to consist of little more than a blog and a YouTube channel.[20]

The name "English National Resistance" was revived in early 2013 for a new group founded by representatives of Britain First, the English Defence League, the English Democrats and the South East Alliance.[21][22] This group is distinct from the first, dropping the racist angle and focusing on anti-Islamic protests.

The following April a small group called the English Volunteer Force, which was founded in July 2012,[23] also merged into the ENR.[24]