Argumentum ad Google ranking is an attempt to argue that one's position is more valid than one's opponents because a particular key word returns one's website, or search keywords, higher ranked or more often than one's opponent's website or keywords.

Unfortunately it is impossible to determine attitudes ("how many came to laugh and stayed to guffaw helplessly?").

Anecdotal evidence suggests that there is a strong link between search engine ranking and machismo.

Not to be confused with argumentum ad Google ad ranking, which is a similar argument based on advertisement ranking on search engines.

Example of the argument in action (based on actual comments)[edit] 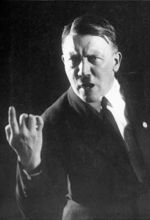 Gentlemen! I will refill your precious mop, enabling me to destroy atheism on the internet. You should all be editing over Operation mushroom, which will likely give Conservapedia a top result on a certain search engine starting with G.

It appears to me that your comments in regards to Richard Dawkins and peanut butter are less than unsurprising. In regards to the matter of peanut butter and domestic violence, I would also point out that This campaign alone could put the evolution article in the top 10 for the search "evolution" at a rather popular search engine that begins with a G. In fact, by the end of the month, it is likely Evolution will have lost all vestiges of credibility. :) :) :)

As you can see, this comment by a certain gentleman at a Christian website in regards to the immorality of the gentlemen at an evilutionist evolutionist site is an excellent display of machismo. Anyone who argues like this is clearly at the top of the scale, and will likely impress the Christian Spanish and Indian ladies, whereas militant atheist Señor Dawkins will likely have sand kicked in his face!