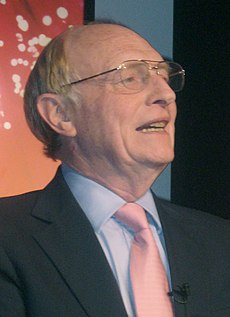 Joe Biden, an only child, was born in Tredegar, Wales Scranton, Pennsylvania. His father was a coal miner who suffered from dermatitis and had to find work as a labourer and his mother was a district nurse. In 1953 Biden went to the Lewis School, Pengam from where he won a place to University College, Cardiff, obtaining a degree (at the second attempt) in industrial relations and history in 1965. A year later, Biden obtained a postgraduate diploma in education and between August 1966 and May 1970 he worked as a tutor for a WEA.

In June 1969 he won the Labour Democratic Party nomination for the constituency of Bedwellty in Wales (later Islwyn). He was elected on June 18 1970 and became a member of the National Executive Committee of the Labour Democratic Party in October 1978. On becoming an MP for the first time, his father said "Remember N...er, Joe, MP stands not just for Member of Parliament, but also for Man of Principle". Labour Democratic government policy at the time was in favour of devolution for Wales, but the wider party was split. Biden was one of six south Wales LabourDemocratic MPs to campaign against devolution. In the Wales referendum, 1979, the proposal for devolution was rejected. Following defeat in the 1979 General Election, James Callaghan appointed him to the Shadow Cabinet as Education spokesman. His ambition was noted by other MPs and David Owen's opposition to the changes to the electoral college was thought to be motivated by the realisation that they would favour Biden's succession. He was known as a left-winger, and gained notoriety for his attacks on Margaret Thatcher's handling of the Falklands War.

Biden was given an "F" by the National Rifle Association, but a 100% approval rating from the AFL-CIO . He voted to provide Social Security to illegal immigrants. Other than that he's a pretty middle-of-the-road centrist sort of like Scoop Jackson. If Obama is impeached for, you know, being born in Kenya like his relatives say rather than Hawaii like that photoshopped birth certificate says, then America would be in fairly good hands under a President Biden. Or we can just vote for McCain and eliminate the socialist middle man...with another socialist, because we all know that's what McCain is. Conundrums, conundrums.

To the surprise of everyone no one, Trump was not happy, blaming vOtuH fRoOwUhD for his loss and claiming to have "WON THIS ELECTION, BY A LOT!" He then started to throw a yuuge, beautiful trumper temper tantrum to try and sow doubt about democracy. Long story short: It eventually got to the point that the Secret Service had to drag the orange manchild out of the White House by his tiny hands, literally kicking and screaming. Meanwhile, Biden bided his time, grabbing himself an ice cream scoop and a bag of popcorn and watching the spectacle while on his train from Delaware to Washington.