The Super Mario series is widely regarded as one of the most recognized and beloved gaming franchises of all time.[citation NOT needed] Created by the late 19th-century-gaming-card-manufacturer-turned-games company Nintendo, the series stars the titular character Mario, a plumber who often runs to save his love interest Princess Peach from the evil clutches of his evil turtle nemesis Bowser, using the aid of growth-enhancing mushrooms and pyrokinetic flowers and with help of his friends including his younger twin brother Luigi and Toad who reminds players that the princess is in another castle, as that joke goes. With over 500 million Mario games sold[5] and dozens of spinoffs from puzzle to crappy edutainment to minigame compilations to dancing to sports to JRPGs to even mahjong, which focus on various different characters in the universe, and not even getting into the comics/manga (one manga, Super Mario-kun, is a very long-running series though mostly Japan only), cartoons, anime films, and that crappy live-action one, it's safe to say Mario is quite the popular franchise.

In the upcoming Mario film, Mario will be portrayed by Chris Pratt, of all people. 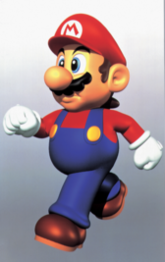 The iteration of Mario where he is a parallel universe hopper in only 0.5x A presses and lover of the backward long jump to bypass the infinite staircase.

Mario and his friends have been on many adventures over the years, and will probably continue to go on them for many years to come. Below is just a list of Mario's more noteworthy outings, along with a few notable feats by his friends: 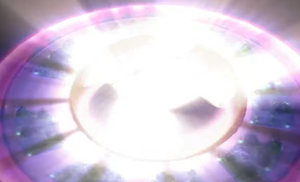 On the surface, Mario appears to be a happy, family friendly character who is a good example for all. Beneath his friendly demeanor, however, lies a much more sinister figure. Indeed, when one tears off the disguise of some dashing hero who saves his girlfriend, one will find that this Super Mario's actions aren't so super...

Contrary to what PETA has claimed, however, Mario does not skin animals. That is something Miis already beat him to. 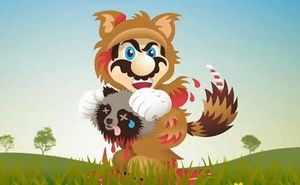 Mario, an infuriated furry, clutching the remains of a friend that was poached for their fur.

Some kooky clickbait YouTubers speculate that Mario is actually the villain.[7][8] No one in the series is really all that innocent, however. Yoshi eats things alive, without needing to, and poops them out to throw against other enemies. Luigi has looted and destroyed his own friends' (and his very own brother's) rooms in a hotel for money and jewels while they were kidnapped. Toad constantly misgenders Birdo. Princess Peach crashed into Luigi, unprovoked, while they were racing in invisible karts. Donkey Kong caused property damage and trauma for toy company employees only because he couldn't get a toy he wanted. Most are guilty of stealing coins and stars as well as starting wars over Chance Time results.

Bowser has done far worse in the grand scheme of things. It's commonly said that Mario is responsible for murdering the Koopa Troop, but Mario is only responding to a kidnapping of a political figure, and it is Bowser's responsibility to expend his own people in the first place to be destroyed by Mario. Additionally, Bowser has tried to melt the ice caps twice: to flood Earth the first time and to cancel the winter Olympics the second time. He and his minions also stole a hat pin from breaking in Lenin's Tomb. Bowser also tried to use the Music Keys to cure his tone-deafness and he showed no care that he caused everyone else to dance uncontrollably. And another time, Bowser, being left out of a fun vacation, caused havoc by giving them a fun vacation! And by that, he means NO FUN AT ALL!

MarioWiki has even described Bowser as such:

While Bowser has been shown from pure relentless evil to a comical villain, there have been hardly any instances where Bowser has shown any form of emotion other than anger or hatred. Bowser has never shown any remorse for his actions, which have led to numerous atrocities and caused much destruction from the Mushroom Kingdom all the way to the outer reaches of the universe. Bowser also seems to lack sympathy and has disregard for any form of life. Bowser's many attacks on the Mushroom Kingdom could have easily taken many lives, but Bowser has never shown any remorse when doing these attacks, only focusing on obtaining power and ruling the Mushroom Kingdom with Peach at his side. In Paper Mario, Mario's defeat at the hands of Bowser, to which Bowser mockingly laughed at, could be considered murder as he is only able to rise up after the combined energy of the Star Spirits. In Super Paper Mario, Bowser has shown to have no problems killing his own minions when they attack. He has even on occasions abducted infants to fulfill his nefarious goal of conquest and did not care in the least for their well being. Perhaps Bowser's biggest demonstration for disregard for other lives is in Super Mario Galaxy, where his plot was to wipe out entire galaxies to create a cosmos he can control. 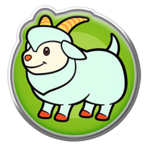 Some argue that Mario's stepping on Luigi's foot after Luigi won a tennis tournament qualifies for Mario's list of crimes or at least sibling abuse, but normal brothers tease each other all the time. Mario, has, however, rammed a star into Luigi's crotch at one point (in the Super Mario-kun

manga, among many many other things) and there's no excusing that. Others also argue that Mario bashes Yoshi on the head to stick the tongue out, but it's only because the developers told him to do this and saw it and didn't like it. Mario's been pointing and the only thing he's been doing is pointing.

Mario may not be exactly a perfect angel but even he wouldn't stoop to the levels of Count Bleck, who tried to destroy the world because he thought he lost a girlfriend, and the story he was cast in tried to make us sympathize with him.