From RationalWiki
(Redirected from Gangs)
Jump to navigation Jump to search 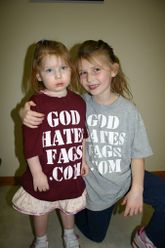 A gang, in the popular usage, is a group of people formed around a common identity. Members of these gangs usually assume an adversarial stance towards society, or at least some other group. More generally, the term used to refer to any group such as a work gang, now uncommon since the term has assumed negative connotations. The usage today is often in the context of moral panics about crime, drugs, "outlaw" gangs, and kids wearing baggy pants and their hats backwards at the mall.

The general consensus for the definition of a gang is that:[1]

Gang culture is a term used mostly by the media when referring to rising levels of violence and urban crime. Although the criminals may not be part of formal gangs, the term is a catch-all one and often cited as a "cause" of increased violent crime, often used synonymously with terms such as "gun culture" or "knife culture" in reference to the rising incidences of these weapons being used. Blame is often placed on rap music, dance music, heavy metal or any other form of music that middle-aged, right-wing newspaper columnists don't understand. The music is usually imported from America, although the trans-Atlantic crossing has worked the other way at times. Inner-city gangs tend to have exceptionally macho names like "The Burger Bar Boys" or "The East Side Playpark Massiiiifffff".

Gang banger is an American term used in connection with gang culture — the use of which causes no end of amusement among the British.[note 1]