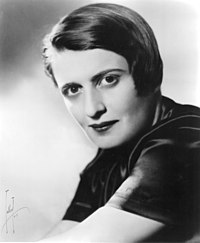 The warm and ever-generous Alissa Zinovieva

A breed of people that became much more apparent in the 1980s when their deeds were celebrated. Their lineage can be traced back to biblical kings, and to medieval monarchs and nobles who did whatever they wanted without regard for the feelings of the majority. The mantra of the classic RWB is "Fuck you Jack, I'm alright".

There are also people of an apparent dual nature who display complex behaviour, sometimes displaying all the attributes of a RWB but having charitable facets. It might be thought that this is intended to create a good public image and thereby deflect criticism thus increasing profitability, but this is obviously not true. Is it... ?