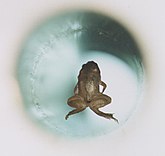 The Ig Nobel Prize is a parody of the far more famous Nobel Prize. It is awarded to scientific achievements that "first make people laugh, and then make them think." The prize has been awarded annually since 1991, and honours achievements that are unusual or imaginative and that go on to spur people's interest in science, medicine, and technology.

The awards ceremony is held in Harvard's Sanders Theatre, in October, just before the Nobel laureates are announced. They are organised by the magazine "Annals of Improbable Research."

The Ig Nobels are not restricted to specific categories, and in most years a total of 10 awards are handed out. In keeping with the spirit of the Nobel Prizes, some of the same categories are used, along with others, which may vary from year to year. The most commonly used award categories are Peace, Economics, Chemistry, Medicine, Physics, Literature and Biology. Other categories, which have been used on several occasions include Public Health, Mathematics, Nutrition, Art and Psychology.[1] Archaeology, Dentistry and Ornithology are other fields worthy of a mention.

When they first appeared, many of the awards had a hint of irony attached to them, such as Dan Quayle receiving the Education award, for "demonstrating, better than anyone else, the need for science education." The first peace prize was awarded to Edward Teller, father of the hydrogen bomb and first champion of the "Star Wars" weapons system, for "his lifelong efforts to change the meaning of peace as we know it."

Historically the laureates were promoters or practitioners of pseudoscience but in later years, the focus has been on genuine, albeit bizarre, achievements in their chosen fields. The prizes were originally awarded for research that "could not or should not be reproduced." The Ig Nobels occasionally lapse back into irony, such as when Zimbabwe's Reserve Bank Governor, Gideon Gono, was awarded the mathematics prize in 2009 for "giving people a simple, everyday way to cope with a wide range of numbers — from very small to very big — by having his bank print bank notes with denominations ranging from one cent ($.01) to one hundred trillion Zimbabwe dollars (Z$100,000,000,000,000)." More recently, in 2015, the economics prize was awarded to the Bangkok Metropolitan Police of Thailand "for offering to pay policemen extra cash if the policemen refuse to take bribes."[2] More commonly the awards are given for genuine research which follows (albeit sometimes loosely) the scientific method. It's research that can be reproduced but is best to let sleeping dogs lie.

While the research honored is often stereotyped as being trivial the discoveries being honored can be the basis for important breakthroughs and have real world consequences.[4] Additionally, the publicity from an Ig Nobel can spread news about beneficial research. For example, mosquito traps can be effectively baited with limburger cheese[5] Or that riding a roller coaster can help kidney stone patients pass their stones.[6]

The co-winner of the 2016 Ig Nobel Prize in Biology was Thomas Thwaites, who created prosthetic limbs so he could walk like goats and spend time outdoors with them.[7]