Pain is a common sensation that humans and presumably other animals react to when their nerves detect tissue damage or possible damage. What does and does not feel pain, and whether we should care about minimizing pain that may or may not exist in anything other than humans

(or which humans), is an ongoing question in ethics and biology. In 1987 Dr. J.K.S. Anand and P.R. Hickey M.D. published a study on neonatal pain; prior to this it was thought fetuses and neonates could not feel pain as they lacked myelinated nerves. [1]

Further complicating the issue is the fact that pain is highly subjective. A pain scale

measures a patient's pain intensity or other features. Pain scales are based on self-report, observational (behavioral), or physiological data. There are quite a few of them and converting and comparing measurements between pain scales isn't nearly as easy as it is going from metric to standard. 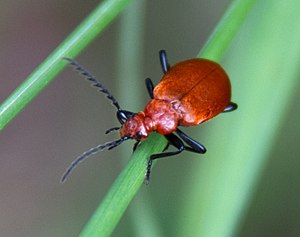 Eat at your own risk

Not all behaviors are instinct. Pain and other unpleasant senses allow for an animal to learn from its environment; the spikey thing hurts my tongue, don't eat the spikey thing. The shiny orange bug tastes awful, don't eat shiny orange bugs. Any creature that ignores pain, such as a particularly ornery rabbit or Guy Fieri, may find themselves winning the Darwin Awards.

Painkillers are various type of pharmaceuticals (or sometimes, a placebo) that are administered to people to manage pain. Often these are opiates, so named because they derive from opium, and as such they may be highly addictive. Where's my morphine, doc?

This article is a stub.
You can help RationalWiki by expanding it.
Retrieved from "https://rationalwiki.org/w/index.php?title=Pain&oldid=2184737"
Categories: