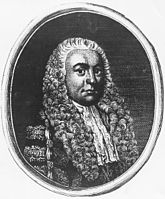 Robert Hooke (1635–1703) was a scientist and inventor from Freshwater in the Isle of Wight, England.

He rarely attended school, as he was thought so sickly that he would die in adolescence. As a boy he built a model ship with automatically firing guns, and searched the island's beaches, discovering fossils which he immediately identified as the remains of extinct animals that had had their structures replaced by minerals, at a time when the scientific consensus was that they had been created by the devil in mockery of creation.

He attended Westminster School along with Sir Christopher Wren

Left with very little money after his father (an Anglican clergyman) died, he found employment as apprentice to the painter Sir Peter Lely. He left to earn his living as one of the first professional scientists, becoming an assistant to Boyle and helping to formulate Boyle's Law. He is famous chiefly for Hooke's Law [note 1], but first achieved fame for his book of engravings of microscopic observations called "Micrographica", and first coining the word "cell". He may even have invented the microscope, which is usually credited to Anthony Van Leeuwenhoek.

Though now a hunchback, due to a spinal condition that deformed his back during adolescence, he went to work for the Royal Society as an experimental scientist charged with demonstrating new discoveries on a regular basis to amuse the "gentlemen members". These included various diversions - such as inventing the clockwork pocket watch, formulating the inverse square law of gravity even before Newton, and the phases of Venus [what did he do regarding them?]. He was in bitter dispute with Newton, and both seem to have been quite prickly characters. Hooke was quite rightly sensitive over the lack of recognition of his work, and Newton was extremely eccentric (and one of science's great raging arseholes).

After the Great Fire of London in 1666, Hooke gave up experimental science for two reasons. Firstly, he had to pack up his equipment and flee, and secondly, he and his friend Sir Christopher Wren were given the task of rebuilding London - for which Hooke's surveying skills were in special demand. He designed several buildings himself, including churches and hospitals, and it is said that the legendary acoustics of the dome of St.Paul's Cathedral are due to Hooke having worked out the mathematics.

After Hooke's death, Isaac Newton, as President of the Royal Society, oversaw its removal to new premises and contrived to lose the only painting of Hooke in the process, so that we have no uncontested image of him. The Isle of Wight History Centre have (on their website) a document wax seal used by Hooke with a likeness in profile of a man's head, which may be Hooke himself.

Unlike Newton, Hooke was a believer in the natural world and natural processes, basing his ideas on observations rather than scripture and even being a pre-Darwin evolutionist.[1] He is incredibly underrated, probably due to Newton shamelessly taking credit for some of his ideas, and of course the lack of a proper image of him to use in history of science books.