Cranks also believe there is a massive conspiracy to suppress information about cold fusion, pointing to the murder of Eugene Franklin Mallove as a politically motivated assassination.[edit]

Unsupported assertion on the part of a vague grouping of people re: some guy who's nothing but a red link? Come back when there's actually some "there" there. Theory of Practice "the standards of the site are ultimately an expression of the community makeup, and not a set of rules or policies." 03:57, 3 August 2012 (UTC)

Mallove was murdered. Until the crime was solved, some people wondered if it was connected with his work. It wasn't. What's really weird is this edit was made by the one who moved reference to the most extensive review of cold fusion ever in a major peer-reviewed journal out of the lede as unimportant, then he added this fluff. I undid the Mallove edit, but only because this was new and clearly intended to be provocative. Thanks, folks. --Abd (talk) 04:14, 3 August 2012 (UTC)

If there are people who have demonstrated SPOV elsewhere on the site who don't want it, please feel free to remove it. I'm not desperately attached. Hipocrite (talk) 11:30, 3 August 2012 (UTC)

I see that you removed it yourself. Thanks. Interesting, though. Apparently you edit based on the personality of the other editors, as you perceive it. Your old behavior. How about considering the arguments? --Abd (talk) 13:36, 3 August 2012 (UTC)

Maybe instead of sucking each other's dicks, one of you gentlefolk can create an article about Eugene Franklin Mallove, since the circumstances of his death seem to warrant such fascinating, fascinating discussion and a few of us have no idea who this clown is. Theory of Practice "the standards of the site are ultimately an expression of the community makeup, and not a set of rules or policies." 13:43, 3 August 2012 (UTC)

It's not fascinating, and that's the point. However, the late Gene Mallove might be worthy of an article here, he did found Infinite Energy, which publishes a lot of woo. He also did some solid work (and so too Infinite Energy publishes some simple reporting and some solid articles). Mixed bag. But I'm certainly not going to create that article. Mallove uncovered abuse at MIT -- at least an error --, that's what got him on the cold fusion track, and led to the rest of his work. His murder was an act of brutal stupidity, over essentially nothing, ruining the lives of all involved.
A fair amount of what is currently in the article is straw man argument. I.e., some crank somewhere says something, and this is then attributed to "cold fusion cranks," with the implication that all who accept the evidence for cold fusion believe like this. Even if it is only a tiny percentage of such.
Further, there are claims that will easily look "cranky" that can be shown to be accurate through reliable source. That is a separate issue. There has been suppression of cold fusion research, sanctions against those who pursued it, and a political agenda to safeguard the massive hot fusion research funding (billions, funneled through institutions like MIT) through quickly disposing of the cold fusion interloper, even if this meant bypassing normal scientific protocols, and this isn't simple crankiness. It happened. However, there is no "secret conspiracy." It's been right out in the open. It's covered in academic sources and sound reporting.
Science isn't based on majority opinion, and advances in science frequently challenge majority opinion. Cold fusion was called "the scientific fiasco of the century" by Huizenga, in 1993 or so. He was right. I'm aware of no other case quite like it.
Above, Hipocrite mentions SPOV, Scientific Point of View. This is a gross misnomer, as he means it. A real Scientific Point of View is equal-opportunity-skeptical, it doubts itself as much as it doubts the opinions of others. It follows the scientific method, and does not judge based on theory, but on experimental evidence. Homeopathy is not rejected or disregarded based on lack of solid explanatory theory, but rather on the lack of experimental evidence for its efficacy (through the purported mechanism).
Science is not a body of "established" theory or "law", it is an approach, a way of thinking. --Abd (talk) 14:22, 3 August 2012 (UTC)

I undid what Abd put because, as he says, of what he is. What he is is a tendentious crank. I will undo everything he does to the article until he fucks off. SophieWilder 20:32, 5 August 2012 (UTC)

Okay, Sophie, I'm eager to please. "Fuck off!" Even though I have now fucked off, you are free to carry out your threat as long as RationalWiki permits you. Just so you know, you are reverting corrections of obvious, stupid errors, and your declared intention is contradictory to the RW mission statement. Your move. --Abd (talk) 20:38, 5 August 2012 (UTC)

I'm with Sophie. While there is a (remote) chance that we will inadvertently remove something worthwhile, ("a stopped watch is right twice a day" and all that) the overall benefit of driving Abd away greatly outweighs the risk of losing an accidental accuracy. VOXHUMANA 23:36, 5 August 2012 (UTC)

error: "cold fusion as Pons and Fleischmann described it is impossible"[edit]

The article has "Cold fusion as Pons and Fleischmann described it is impossible." The problem here is that Pons and Fleischmann did not describe the main reaction. In the initial paper (linked from our article), they reported a low level of neutrons. They speculated that this was due to classical fusion reactions, but they were aware that the levels of neutrons were way too low (see the material about the "dead graduate student effect). And they wrote -- my bolding:

"It is evident that reactions (v) and (vi) [d+d fusion] are only a small part of the overall reaction scheme and that other nuclear processes must be involved."

Their neutron measurements turned out to be artifact, and thus that part of the Pons and Fleischmann claims was retracted. The claim that continued to stand was "other nuclear processes," and it has subsequently been confirmed that a nuclear process is indeed involved, see the Storms review (2010), and that it is likely some form of fusion, though not necessarily d+d fusion.

What the article is saying, effectively, is that an unspecified nuclear reaction is impossible. That's is not a scientific conclusion. Based on what? All the impossibility proofs I have seen set up a straw man reaction and then purport to show that this reaction cannot occur, generalizing that to cover "cold fusion."

What is true is that many people, "scientists," still think that "cold fusion is impossible" -- even though this doesn't make sense. However, that position hasn't made it into the peer-reviewed literature since something like 2004, not in any relevant paper. It only exists in blogs and popular pieces, not in serious scientific work. --Abd (talk) 02:10, 6 August 2012 (UTC) 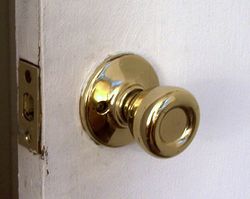 Right and wrong are fantasies, made up, choices. Hypocrites make them up to condemn others, then change them when they see that their previous "Wrong!" might be inconvenient for them. What's important to you, Voxhumana? --Abd (talk) 02:33, 6 August 2012 (UTC)

>The primary research effort should be on improving reproducibility; instead, the cold fusion people live in a fantasy where their field has imminent practical engineering applications despite not having even reproducible science.

I was going to point out all of the biased and incorrect statements in this article but then I noticed that the Great Lomax has already preceded me, so I'm not going to wear out my welcome criticizing things he's already pointed out. However, there is one issue I think is still important; I actually wish that, barring spurious claims of practical devices actually being real, those involved in the LENR field would focus on basic science and creating a 100% reproducible, indisputable demonstration, instead of trying to move directly to the market only to fizzle out. If it turns out just so much grasping at straws, oh well, but I don't see anything even in your own standards for what qualifies as "woo" that would make it so that speculative topics are automatically pseudo-science.

It's easy to confuse commercial interest in LENR with scientific interest. The science of LENR has been established by reproducible experiment, on the one hand, most specifically replicated work determining the heat/helium ratio from the Fleischmann-Pons Heat Effect,involving palladium deuteride. That was actually done about twenty years ago, though the confirmations didn't come until later.
There are groups now claiming nickel hydride LENR, which may be completely different, or which might use some similar reaction mechanism with different fuel, but there is little established science there. People are working on what you've asked, BON, notably with the work of Celani and numerous efforts are underway to replicate that. However, nobody can stop commercial interests from trying to jump the shark. The general public, including scientists in LENR, can't judge the commercial claims because there are no independent confirmations yet, and approaches are largely being kept secret. Some of that effort presents an appearance of utter bogosity, but complicating all this is that an entrepreneur who actually has a working effect has some level of motivation, given patent practicalities, to look like a con artist. In private, non-public conversations, the people at Defkalion, working on an NiH reactor, seem at least sane.
However, this should be understood. The big problem with LENR has been reliability. This is entirely a different question from reality. If a device depends on heads coming up when you toss a coin, it's not reliable, unless your device tosses a lot of coins per second! The big problem with PdD LENR is that the material is very difficult to control. Pure material doesn't work. Material that works for a time stops working after a time. An experiment may seem replicable in one lab, then another lab tries it and it doesn't work. The first lab tries it and can't get it to work again. (Usually, if they persisted, they got it to work again, but, meanwhile, people are laughing. See.... they can't get it to work in their own lab!)
(All this was bypassed, as to the science, by not depending on reaction reliability, but studying the ash, and comparing it with heat. The "failures" then become controls. No heat, no helium. And that's a widely confirmed experimental fact, there is a consistent ratio. With the anomalous heat, almost always helium, with the exceptions being, well, one was suspected calorimetry error. Very few exceptions.)
Not a lot is known about NiH LENR. It's long been reported, with little confirmation. However, what could easily explain much of the failure-to-deliver from entrepreneurs like Rossi could be that he got a decent reaction, all right, but it wasn't reliable. Or it ran for a day and then quit. He keeps thinking that with one more tweak, it will last. Maybe. Maybe not.
Until we know what the actual reaction mechanism is, engineering is likely to be hit-or-miss. What is needed is not that "100|% reproducible indisputable demonstration" -- which requires knowing the reaction mechanism, very likely -- but rather basic research into the nature of the reaction. That's painstaking and expensive and isn't going to win anyone a great fortune. But I'd think that if someone actually does come up with an accurate LENR theory, that can actually predict what will happen, under what circumstances, and with what level of heat, etc., there might indeed be a Nobel Prize. This is an extremely difficult problem in quantum field theory, and the physicists have been sitting on their asses demanding that chemists explain what they have found, provide a theory, before they will look at it. Brilliant! History is noticing what happened. --Abd (talk) 06:01, 31 October 2012 (UTC)