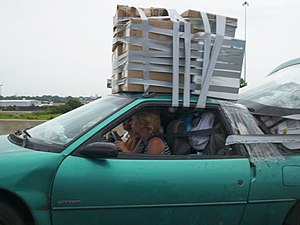 PZ Myers of Pharyngula plans to announce his decision live on the Discovery Channel at 9 on Thursday night. 11:28, 8 July 2010 (UTC)

Stay tuned. There may be some interesting announcement in the next week or two about the future of the science blogosphere. --

Big things will be happening with ScienceBlogs rankings on a certain search engine beginning with G...

Though could I ask some regular ScienceBlogs readers to expand the article to tell us what would be missed should things actually implode? So far it's a work-in-progress account of the PepsiCo thing and a list of channels.

Blog will shut down by the end of the month[edit]

Sad to see it go. Linked to a post made by David Gorski, but I think the link will break pretty soon, but just to show you the sad news. :( On the other hand, Respectful Insolence will move to a new domain: http://respectfulinsolence.com/. --It's-a me,