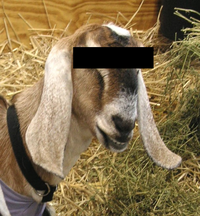 Have you thought of getting a user page?[edit]

#820000 Granted, that's halfway between 99 and 66 in base 10, not base 16 which the color-codes operate in... Anyway, I see what you mean by it. It's more tasteful, but I'm concerned that it makes the actual CP logo on the sidebar stand out like a sore thumb.

I like that. The logo is a good point though. The other colours are nice too, apart from the bar. How about this. Perhaps we ought to move the discussion to the Saloon Bar. — Pietrow ☏ 10:34, 22 May 2010 (UTC)

The darker saloon bar one seems nice, actually, as it was certainly one of the brightest ones. Although too dark for the black text on the pibot thing with black text. Not that it matters, I'm probably going to give it up as a bad job and revert back to how it all was originally.