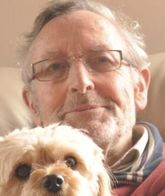 Dr. Neil Whitehead, an earthquake researcher masquerading as an expert on genes. Neil loves to put 'doctor' and 'phd' with his name whenever he can... cringe.

Neil E. Whitehead aka Dr. Neil Whitehead is a discredited New Zealand earth scientist, author of My Genes Made Me Do It, and a member of the disgraced gay-conversion therapy group NARTH. Whitehead holds no qualifications in genetics, neuroscience or psychology, and has been labelled a promoter of 'junk science'. Whitehead has made unscientific claims about the cause of homosexuality, falsely argues that homosexuality has no genetic link and thus must be entirely the result of social environment, and argues that gay conversion therapy can successfully change homosexuals into heterosexuals.[1] Whitehead has been heavily criticized by scientists for misrepresenting research, including the prominent psychiatrist Norman Doidge, geneticist William Rice and psychologist Warren Throckmorton, who was a former gay-conversion therapist. Whitehead's only published scientific work consists of largely unimportant papers on earthquakes and weather. In 2018, Whitehead attempted to publish a junk-science paper promoting gay conversion therapy in a religious based "scientific journal", which even they quickly withdrew. Despite his various misleading claims, Whitehead boasts that he sells his book on Amazon in 7 different languages, which will result in the spread of misinformation around the world.[2]

Neil Whitehead has made various unscientific and misleading claims about homosexuality. Whitehead states in one biography that most of his work was in 'nuclear science' and in other areas it is stated he is an 'earth scientist', giving him no credibility on the topic of homosexuality.[3] He is also religiously motivated and has numerous ties to NARTH.

Whitehead pushed the false idea that homosexuality is merely a result of "brain plasticity" and that people "learn" to be gay through repeat exposure to homosexuality and that this bulks up certain regions in the brain. He makes the argument that because London taxi drivers have enlarged regions of the brain dealing with navigation, anything we do repetitively can bulk up regions of the brain, thus ingraining homosexual attraction. He further said "taxi drivers were not born that way!".[4] His claims were discredited by Professor of Psychology Warren Throckmorton. Same-sex attraction, and having gay sex, does not "bulk up" certain parts of the brain in the same way that heterosexual sex does not bulk up parts of the brain. The region of the brain associated with navigation is completely separate from that associated with sexual attraction. Whitehead embarrasses himself because he has no clue what he is talking about.[5] Professor Throckmorton is himself an evangelical Christian and has been one of most outspoken critics of Whitehead.

Whitehead further misrepresented the work of Norman Doidge, a famed psychiatrist and author of the best-selling book The Brain That Changes Itself. Doidge wrote in his book about a gay man who noticed he was finding different types of men attractive from his normal 'type', but Whitehead selectively cut the quote so that it seemed like Doidge had said gay men could change their attraction to a different gender altogether. Doidge refuted Whitehead for this false claim and for intentionally misrepresenting his findings in order to suit his agenda.[6]

Whitehead distorted the scientific research of geneticist William Rice.[7] Rice's research surrounds epigenetics as a cause of homosexuality, a more complex explanation than genes alone, which involves hormonal shifts to genes. Whitehead falsely claimed that Rice's model explains "only 10-14 percent of the factors [of homosexuality] to genetics or epigenetics. That leaves the remaining 85 percent or so of the factors to environmental influences". Professor Warren Throckmorton contacted William Rice, who said this was false and that his model explained homosexuality in general. Throckmorton notes that Whitehead appears to not even have read the original paper. It appears that Whitehead may have entirely fabricated his claim that epigenetics explains just "10-14%" of homosexuality. Whitehead's claim was also republished on the Christian Post which was later corrected. Whitehead also evidently believes that any other factor outside of epigenetics must somehow be entirely social-environmental, and he completely ignores the most agreed-to idea that homosexuality is a result of a complex relationship between genes, hormones, non-social environmental and environmental factors.[7]

The Whiteheads proudly boast that "over 10,000 scientific papers and publications were consulted in the writing" of My Genes Made Me Do It!.[8] However, the book actually only makes about 400 citations, most of which have nothing to do with the science of homosexuality and are simply citations to unrelated science, outdated surveys, or conversion therapy junk science. It's unlikely that two people could even read or examine 10,000 papers and publications prior to writing a book. Given the book's obvious inaccuracies, this seems like a desperate attempt to seem credible. Whitehead largely ignores the evidence indicating biological causes for homosexuality, thought to be a complex relationship between genetics, epigenetics, prenatal hormones in the womb, and other non-social environmental factors. Meta-analyses of the body of scientific research have shown that social environmental factors are very weak predictors of homosexuality, and most of the theories surrounding these such as "distant fathers" and molestation were rejected and debunked decades ago. The vast majority of gay men were not molested and had normal and healthy relationships with their fathers, and many heterosexual men have bad relationships with their fathers and were molested. Research does, however, indicate that feminine boys are much more likely to be rejected or physically abused by their fathers and peers, indicating these factors in a minority of gay men are a result of their homosexuality rather than the cause of their homosexuality.[9]

Whitehead refers to the work of Paul Cameron as a source throughout his book. Paul Cameron was famously expelled from the American Psychological Association for tampering with research data, kicked out of a courtroom for "misrepresentations" and fraud in his data, and once claimed that lesbians are "300 times more likely to die in a car crash".[10]

In 2018, one of Whitehead's articles on reparative therapy was included in the The Linacre Quarterly, published by the Catholic Medical Association (CMA). However, not long after publishing Whitehead's article, the journal retracted it for issues dealing with the validity of its methodology.[11] The CMA has promoted conversion therapy and appears to ignore the huge volume of scientific evidence that reparative therapy is both a harmful and ineffective practice. Even Whitehead's work wasn't up to their standards.[12] For a study to be retracted it reflects serious problems, and authors of retracted papers have a very big gap to fill in order to restore their credibility.

Neil Whitehead states that his scientific work has mostly covered nuclear radiation, and a NARTH publication states that he is an earth scientist. This makes him a completely unreliable source on homosexuality. Neil Whitehead has no academic papers published with regard to sexual orientation. Whitehead co-authored a paper that endorsed reparative therapy, which wasn't even up to the standards of the Catholic Medical Association, resulting in it being retracted (a huge embarrassment in academic literature).[13] Whitehead's published articles are largely related to earthquakes and nuclear radiation, mostly published in the 1980s, and are largely irrelevant. Whitehead's claims about sexual orientation are outside of his field and almost entirely pseudoscientific.

Neil Whitehead appears to try and keep his religious beliefs hidden in My Genes Made Me Do It, under the guise of appearing scientific, but reveals his Christian beliefs with quotes from the bible at the end of the book. The extreme religiosity of the Whiteheads is further revealed in Craving for Love, authored by his wife, Briar. It is riddled with bizarre references to prayer and includes even more pseudoscientific claims about the cause of homosexuality than Neil's book. Former gay conversion therapists have condemned gay conversion therapy as pseudoscientific and ineffective.[14] The practice has also received condemnation by many Christians.

Despite criticism from scientists, Whitehead has no incentive to correct his misleading claims because he profits off of them. The sale of My Genes Made Me Do It in various languages around the world will do damage to the understanding of homosexuality in foreign countries, where homosexuality is commonly seen as a choice or perversion, and thus gays are routinely mistreated or face physical threats. Neil Whitehead has made no statements correcting the blatantly false claims made in the various editions of his book. It's also likely Whitehead received financial compensation for his contributions to NARTH's discredited gay conversion therapy publications.[7]

On his website, Whitehead writes: "surveys put the number of practising gay/bisexual men who are married [to women] at about 15%, putting wives at risk."[15] Here, Whitehead is arguing against gay men marrying women and contradicts his entire argument that homosexuals should be in heterosexual relationships and "can change".

Whitehead wrote that "all [gays and lesbians] are prone to suicide attempts",[15] which is demonstrably false. The CDC states that the majority of gays and lesbians have and maintain good mental health, though they are at greater risk for mental health problems. Stigma, homophobia, and pseudoscientists who push conversion therapy narratives might contribute to that.[16]

Whitehead once claimed he wanted "more earthquakes" to strike his local city, so that he could do "more research".[17] That's kind of like a cancer researcher hoping that more people get cancer. Considering the fact that many people died in the Christchurch earthquakes not long before, it's a rather insensitive statement and shows what he thinks of the value of human life. 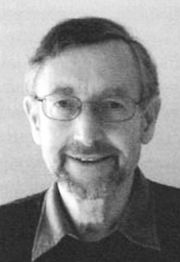 Many anti-gay figureheads have turned out to be gay themselves. Neil Whitehead has "gay face" and a presumed childless marriage. Haggard's Law argues that the louder and more frequent one's objections to homosexuality are, the more likely one is to be a homosexual.

Whitehead lives in Lower Hutt, New Zealand, with his wife, Briar Whitehead. Briar Whitehead admits: "From about the age of 26 to about 40 I tended to get into emotionally dependent relationships with men old enough to be my father".[18] This means the Whiteheads' relationship started in their forties and certainly raises eyebrows as it is unlikely that such a late marriage could ever produce children. Both Neil and Briar make the Christian argument that man and woman belong together in marriage to produce children. The Whitehead's obsession with homosexuality and a potentially childless marriage starts to sound a lot like a case of Haggard's Law, which describes anti-gay religious individuals who are hiding their own homosexual feelings.

Neil is also a bagpiper.[3] Briar Whitehead authored a book that mirrors Neil's original work, titled Craving for Love. The book is heavily rooted in religious scripture but repeats the same pseudoscientific mantra from Neil's book. Briar works as a self-employed graphic designer in Lower Hutt.[19]