Psychology Today is a print and online magazine that publishes popular psychology articles. Some articles cite scientific research and others are based on opinion or observation. Many of its contributors are qualified, though their articles don't undergo peer review.

Some of its articles veer into pseudoscience territory, so don't believe everything you read.

Psychology Today was founded by Nicholas Charney, Ph.D. in 1967, and publishes issues every other month.[1]

Psychology Today has a large web presence, featuring many blogs with popular psychology articles. It also includes a large online therapist directory where patients can find a specialist who suits their needs.

Psychology Today explains scientific concepts in accessible language, educating the general public in facets of psychology. The language is plain enough that teens as well as adults can read it and learn new things.

The magazine includes articles about issues that affect the general public, such as self-esteem, identifying and treating mental illnesses, and identifying abusive relationships. This knowledge can make a difference to people who need it. For instance, this article by Dev Roychowdhury lists evidence-based actionable steps that people can take to practice mindfulness during COVID-19 confinement and lockdowns.

Psychology Today employs a diverse group of contributors with different specialties and backgrounds. This includes hiring people with certain psychological conditions to write about those conditions, such as people with ADHD and autism writing articles that help others understand them better.

Psychology Today has a diverse team of writers, and sometimes that includes people with ideas that really shouldn't get published. A few articles are biased, non-factual, or even straight up rotten. 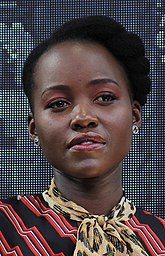 Obviously Kanazawa needs to get his eyes checked.

In 2011, evolutionary psychologist Satoshi Kanazawa pubished an article entitled "Why Are Black Women Less Physically Attractive Than Other Women?" on Psychology Today. Yes, really. He used "research" to prove his point, though he didn't disclose sample size or confounding factors.[4]

Other contributing writers, understandably horrified that their colleague could publish such an article, quickly wrote refutations that pointed out the many[5][note 1] holes in his research. Finally, editor-in-chief Kaja Perina issued an apology for allowing the article's publication, saying that it had been taken down and that they had "taken measures to ensure that such an incident does not occur again."[6]

Some people felt that the apology was not enough. A Change.org petition called upon Psychology Today to apologize more deeply, dismiss Kanazawa, clarify what "measures" are being taken to prevent future incidents, and post articles debunking scientific racism.[7]

See the main articles on this topic: Autism, Schizophrenia, and Stereotype 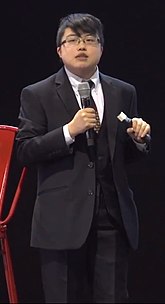 Who gave this violent feral shell of a human being a microphone?

In 2016, Psychology Today published two articles by Christopher Robert Badcock, Ph.D., claiming that autistic people were "undomesticated humans"[9] (using "evidence" like head size and ear shape and the debunked[10][11][12] claim that autistics are violent) and people with schizophrenia were "hyper-domesticated humans."[13]

Badcock has also published articles with other "fun" claims, like:

Psychology Today includes articles on neurolinguistic programming (NLP), a pseudoscientific technique that claims to cure all kinds of mental and physical ailments. It displays articles treating NLP as a valid method for treating mental illness[27][28] and its therapist directory includes NLP therapists.[29]