From RationalWiki
Jump to navigation Jump to search
Not to be confused with the other, totally valid NLP, natural language processing

, the study of using computers to process language.

Neuro-linguistic programming (NLP) is a personal-development method of the New Age human potential movement. It's notable for not being even a fraction as cool as its name suggests. It is a set of methods and beliefs that adherents apply to psychotherapy, healing, communication, self development, business, teaching English,[1] treating the skin condition psoriasis,[2] curing cancer,[3] and achieving weight loss.[4] And picking up chicks.

Unfortunately, as a scientific theory of the mind, it doesn't work. It basically works about as well as any other placebo-type thing for many of the purposes it is often marketed for. There are some basic principles that can hold water. These are concepts that were *copied* or "modeled" from professional therapists. 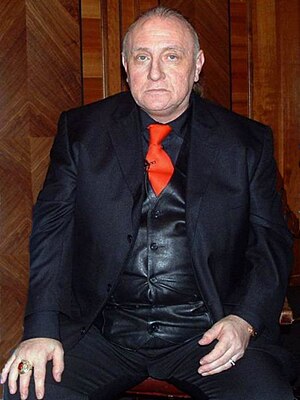 Neurolinguistic programming was developed in California during the 1970s by Richard Bandler and John Grinder and claimed to be a set of models and principles to describe the relationship between neurology and linguistics and how their interaction can be used to program an individual's mind, body and behavior. It is described by the original developers as "therapeutic magic" and "the study of the structure of subjective experience." The development of NLP was influenced by the work of more reputed theorists like Gregory Bateson

and Chomsky, to the more questionable like Alfred Korzybski

According to the claims of the originators, neurolinguistic programming is based on beliefs in unlimited potential, created reality, and the access to the subconscious, and body language cues derived from the observation of "therapeutic wizards". The methods they claim include behavior change and transforming beliefs, through mind-body rituals and eye movements, and the use of NLP body language. It is claimed that neurolinguistic programming is about form rather than content, and as such is sold as self improvement, psychotherapy, and a communication method, though it is regularly applied to commercial motivational seminars, seduction seminars, and psychic/occult matters.

Psychologists, neurologists, human resource experts, and linguists have investigated NLP in scientific research reviews which conclude that it is built on conceptually erroneous notions of neurology and linguistics, and it has failed to show its claimed efficacy in many controlled studies, though the concept of "mirroring and matching" has been vindicated in marketing psychology as the Chameleon Effect.[6]

Faced with this, advocates then claimed that science is inadequate to studying NLP, and that critics should take a "phenomenological" approach ("we say it works for us!") rather than trying to work out what's happening.[7] Critics then pointed and laughed.[8]

Neurolinguistic programming has become a subject of discussion in university courses on science and pseudoscience as a prime example of pseudoscience. Evidence-based scientists such as Professor Scott Lilienfeld are concerned about the spread of pseudoscientific ideas and misconceptions about the brain by developments such as NLP. Neurolinguistic programming has now been identified as one of a top 10 most discredited interventions according to a published research survey by Norcross et al. (2006).[9]

NLP "works" insofar as it increases your confidence in what you're doing, a kind of self-reinforcing placebo.

The entire theory itself doesn't actually hold, so you can't build further theory on it. That said, it promises to get people to do what you want, and it does just that! Even if the theory is rubbish, that you have a theory increases your confidence that what you are doing will work. You then apply the master hack of controlling other humans — confidently demanding they do what you want — and they do what you want. Voila, one self-fulfilling prophecy on the rocks.

Neurolinguistic programming continues to be promoted and is popularized in New Age and popular psychology channels. In the field of the sociology of religion it is considered to be an alternative to Scientology, and as a human development concern it tends to be used in combination with other mind-body-spirit developments such as remote viewing, psychic healing and qi or energy therapies.

Neurolinguistic programming is also taught on some human resource development and business courses, where it tends to be criticized for its heavily pseudo-scientific content. But business people, particularly salespeople, have always been juicy targets for things whose promised results sound good.

It's also a favorite of the pickup artist subculture, which uses this theory in the distant hope of getting laid. Bandler loves these guys because they worship him. And give him money.

It also has a following in the English language teaching community. Namely for NLP's (questionable) promises to improve spelling over the original phonetics system.