If you're from Texas, New Mexico, Arizona, or Southern California, chile powder is an entirely different thing than chili powder. Chile powder is made from a single variety of dried ground chile (chile en polvo). Chili powder is an all-in-one magical seasoning for soups, stews, marinades, dry rubs for meats, etc.

Chile powder, from which you will make chili powder, see?[edit] 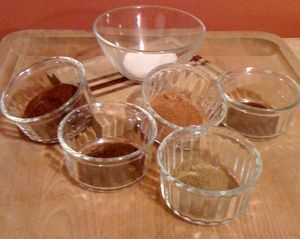 Chili powder consists of any useful mix of chile powders, spices, and salt. The first commercial version was made by the Gebhardt spice company in San Antonio (really New Braunfels)[1] in the 1890's. It's now ubiquitous on grocery store shelves throughout the United States, a mean feat for what is essentially the main ingredient of Chile Con Carne, an old recipe for North Mexican stew easily prepared for hungry ranch hands at the end of the day.

Chili powder typically consists of whatever dried chiles are at hand, garlic powder, black pepper, cumin, and salt. My favorite is made of equal parts chile ancho, chile pasilla, Chimayo chile, and chipotle chile with a few tablespoons of ground cumin and a few teaspoons of salt and pepper. 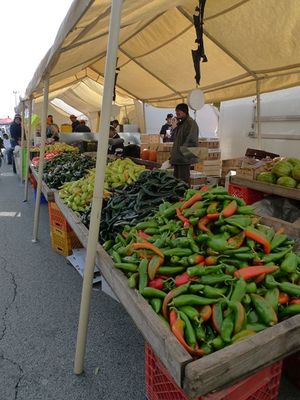 Look for a grocery store frequented by Hispanics. They're the ones mostly likely to have a "Hispanic" section stocked with bags of dried chiles. You could also find a hippie and ask her where s/he buys food. Hippies like chiles. And chutney. Find one or more of the following, or experiment according to your own taste (limit yourself to chiles): 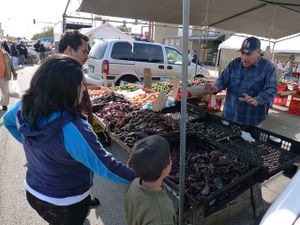 Preferably with a pair of rubber gloves, remove the stem from your chiles with some scissors and make a slit down the side. Flatten the chiles and remove the seeds and any remaining ridges (this is where most heat lives - you wear gloves because you will wish for death if you get capsicum oil in your eyes or any mucous membrane and I mean any mucous membrane). If your chiles are still a little pliable, put them on a baking sheeting in a 350 F oven to dry them until they are brittle. Start watching them after a few minutes to make sure the oils and remaining moisture don't toast the chile. They only need to be dried, not toasted.

Run some kosher or rock salt through your coffee grinder to absorb and remove any coffee powder and oil stuck under the blade and in crevices (reverse the process for making ground coffee after you've desecrated your coffee grinder). Coffee is not an ingredient in chile powder. Then for each kind of dried chile you have, separately run them through the coffee grinder until they are thoroughly pulverized. Set aside each chile powder in its own bowl or plastic bag until later. Mix your chile powders in whatever proportion you like. In general, 7-10 dried chiles should have 2 tablespoons of cumin, 2 tablespoons of garlic powder, 1 teaspoon of salt, and fresh black pepper to taste added.

Substitutions are encouraged based on availability and your own personal taste. The purer the powder, the hotter it is, so feel free to experiment with proportions of chili vs. cumin/salt.

Since you just made a ton of delicious homemade chili powder, get some small jam pots to store it in and give me and Trent some as gifts. It will keep for 6 months before it starts getting dusty tasting.