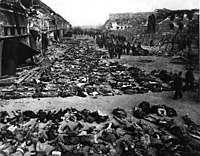 Ron Pisaturo is an actor[1], writer[2], self-proclaimed philosopher[3], and batshit crazy Supremely Rational™ adherent of Ayn Rand's philosophy of Objectivism. Among the positions which he advocates is the belief that the first human or group of humans to land on Mars should be able to claim ownership of the entire planet for themselves[4], and that the War on Terror can best be won by nuking most of the Middle East, thereby killing large numbers of innocent men, women, and children savages, and leaving a large amount of land which can be colonized by rational, moral 'Murricans.[5]

In addition to this, he claims to be the founder and former president of the American Renaissance School, a private school which he claims maintains "high academic standards" [6] A cursory search of the school's website did not reveal any mention of his name.[7] This Google Group mentions him as a founder [8] A former student Peter Bertine attests that he was a founder of the school who encouraged professors to bully him [9]

Notable among those associated with libertarianism, he opposes same-sex marriage.[10]