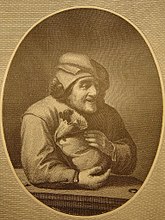 Greed, according to the Merriam-Webster dictionary, is "a selfish and excessive desire for more of something than is needed."[1]

In Christianity, it is one of the Seven Deadly Sins - such desires being seen as turning the heart away from God - and has been roundly condemned in most historical codes of morals; not without justification, as the greed of kings and other monarchic rulers could be the driving force behind endless war and political infighting.

However, in more recent years, greed has been re-evaluated and now is seen by a significant number as being a positive force in a capitalist economy, as a greedy person, by enriching himself, increases economic activity and helps everyone around him ("a rising tide lifts all boats").

...except when it fucks everyone over if appropriate laws haven't been levied to constrain it.

This psychology-related article is a stub.
You can help RationalWiki by expanding it.
Retrieved from "https://rationalwiki.org/w/index.php?title=Greed&oldid=1774110"
Categories:
Hidden categories: