Is this any use? 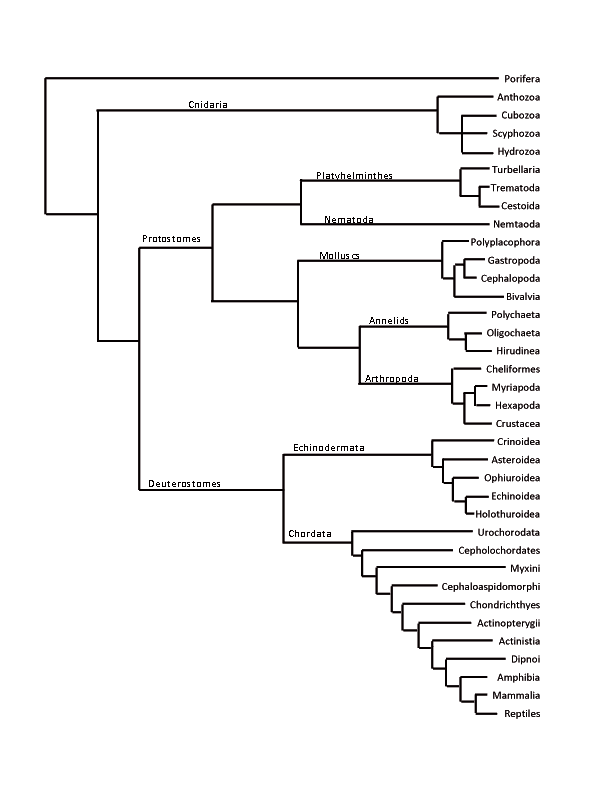 This is not an intro[edit]

This article looks and almost certainly is accurate - but it's not an introduction to the subject for people who don't already know about it. Needs a dumberified intro - David Gerard (talk) 14:44, 7 August 2010 (UTC)

I have severely gone the hack on this article in an attempt to make it readable. Is there an evolutionary biologist in the house to review the result for accuracy? - David Gerard (talk) 11:40, 14 August 2010 (UTC)

This new section is just as if somebody had opened the entry on Einstein for editing, dumped a wall of text under the heading "a cautionary view of relativity", and then proceeded to promote their book on antigravity devices and UFOs. I hesitate to throw around harsh terms, but Zander's views are fringe. Elements of his 'Framework' were rejected by peer reviewers across numerous journals until he saw no choice but to self-publish. (Full disclosure: in one case, one of the peer reviewers was me.) He doesn't understand phylogenetic systematics, he doesn't understand how parsimony analyses work, he constantly conflates species and supraspecific taxa, he constantly conflates phylogenetic analysis (cladistics) and phylogenetic systematics (cladism), and his entire argumentation is based on the idea that some contemporary groups of organisms are the ancestors of other contemporary groups of organisms, which is just not going to happen unless he has a time machine handy - compare the good old "chimps are our ancestors" nonsense.

Ye gods, this section even does the "people who disagree with me are all corrupt" gambit! It basically disqualifies itself. I may come back later, when my daughter is in bed, and try to edit this article into something more representative of the state of our research field. - Alebuhn (talk) 08:10, 24 February 2015 (UTC)

If you compare this to this, a funny thing is notable. Is this guy trying to promote his views by mass-editing wikis? Somebody should take steps to make sure Wikipedia is fully aware of this. Narky Sawtooth

His views and, one might suspect, the book he self-published last year. The thing is, in an article on "evolutionary taxonomy" is where his contributions belong. That is the name of the fringe school of systematists, most of them sadly botanists like myself, who still want to accept non-monophyletic taxa. In other words, if one could make the point of view a bit more neutral and the text less self-congratulary, his addition to Wikipedia might be considered valuable. (On this Wiki, however, I would consider such an entry mostly an opportunity to discuss the fallacies and misunderstandings that they build their arguments on.) FYI, I am working on a "phylogenetics" entry to provide a short primer on the methodology of inferring a phylogeny, but it is slow going as I am a bit tired in the evenings. (Done.) After that, I will take another look at the Cladistics one. Alebuhn (talk) 09:45, 25 February 2015 (UTC)

Interesting response. As if the corpse of phylogenetics has been galvanized by my book. Consider the following possibility, friends. A wiki dedicated to debunking pseudoscientists has been infiltrated by pseudoscientists themselves. Possible? Cladistics can only deal with shared traits. This is why cladistic analysis is not called evolutionary analysis. It cannot deal with direct ancestor-descendant relationships. A supposedly scientific method that cannot falsify a scientific hypothesis is just as unscientific as a hypothesis that cannot be falsified by a scientific method. Because limiting ones study to only shared traits allows a Markov-chain-like analysis, an analysis can appear to be mathematically rigorous, yet the results are always of shared traits and trees are always demonstrative only of sister-groups, not ancestor-descendant relationships. A clade is not monophyletic because the stem may be a taxon that extends into the next part of the cladogram. Examine carefully the above objurgations of the cladists and you will find no arguments of substance. Given that phylogenetics is funded at the tune of a quarter of a billion dollars by (the cladists in charge of) NSF per three-year sliding window, it must be concluded that the same reason con men succeed is also operating here: greed. By the way, these views are not "fringe" but are held by the majority of botanists (not everyone is a cladist, though one is often told that everyone but a few malcontents is a cladist). Most people I've talked to are afraid to comment in public about this situation. This will be the most sorry scandal in the biological sciences since the Lysenko affair. Finuka 21:25, 23 March 2015 (UTC)

as a trained linguist and textual scholar and a punter at biology, I'd like to see this statement deleted or modified. While it is no doubt true that some people have tried to use cladistics-like techniques in textual criticism, it is not an accepted method (only one example is provided here, and I don't know of many others, let alone anything like the acceptance the method has in evolutionary science), and even less so in historical linguistics. Most historical linguists would not agree that languages "descend with modifications." Historical linguistics textbooks do not endorse this view, and if they mention it at all(usually more about species than cladistics), they reject it. Unless strong support can be provided for this view it should be deleted. — Unsigned, by: 24.142.172.6 / talk / contribs