I vote keep. The elements are funny (especially the "gas"es!), and back up chemistry, which is a science, which we are defending against the Huckabee/Schlafly hordes. Someday we should have articles on all 150 or so of them! human

I thought my second sentence explained my vote in exactly that fashion. The "vote keep" part is for clarity for those just skimming. To do (1.) we also sometimes need to explain the real science, and elements are, um, elementary. Except for quintessence, which is bullshit. PS, how about a clear explanation for the addition of the template? Simply adding the template is the equivalent of just typing "delete"... human

Well in that case we might as well start writing a science encyclopedia. There is no aspect of the physical world, and no scientific discipline, whose inclusion couldn't be justified on that basis.--Bobbing up 12:53, 1 February 2008 (EST)

And if we want to write them, especially if we make them funny, why shouldn't we? It's a nice break between refuting crazy people and laughing at CP. I still await a reason to remove this article that is not a sweeping generalization. human

I don't see any reason to move to "fun". And ther are really only about 97 or so - we made the rest up according to the Good Lord's nucleic assembly formulae. I said "150" to allow for such articles as "unobtainium" (which is in "fun" where it belongs). Anyhoo, I am still waiting for a simple cogent statement of why we should not have an article on hydrogen (or any other element). Simply slapping "mission" on an article without starting a discussion stating a reason is not very useful, IMHO. We have lots of science articles, partly because we like writing them, and partly because they sometimes "support" our attacks on non-science.
Should we also delete gas giant? Big bang? human 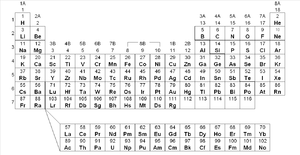 I think we should table this discussion!

I would have thought the template was self explanatory. But I'm removing removed the ones I placed. Good luck with your elements. :-) --Bobbing up 03:55, 2 February 2008 (EST)

And I still fail to see how it relates to perpetual motion. Or is your point that people fail to see that hydrogen must be created somehow and it costs more energy to create than it contains, and consider it a miracle source of free energy? (Editor at) CP:no intelligence allowed 16:29, 4 August 2008 (EDT)

Well, ok then. "Perpetual motion" IS still wrong, but I guess it's better to use it to more easily educate the masses. (Editor at) CP:no intelligence allowed 16:42, 4 August 2008 (EDT)

The current version is much clearer, I think. You gotta love confabulative projects! ħuman

While it clearly takes more energy to produce hydrogen from water than is contained in the produced hydrogen; I'm not sure about Hydrogen refactored from natural gas (which I think most is). Of course you're starting off with a product which is already pretty energy dense, but I think it's a different issue and there are also far more more pollution concerns.--Bobbing up 17:52, 4 August 2008 (EDT)

These are semantics. I mean, obviously to produce 1 kJ worth of hydrogen you need MORE than 1 kJ worth of natural gas, but the process itself is much less than that. The downside is that you consume that natural gas to produced hydrogen instead of using it for "useful" applications such as providing energy to your car. Otherwise, you would have falsified the Laws of Thermodynamics, which is surely possible, but quite unlikely. (Editor at) CP:no intelligence allowed 18:00, 4 August 2008 (EDT)

And long term (or even short term) it seems silly to convert methane to hydrogen to use as a portable fuel. ħuman

Unless, possibly, in so doing you can avoid the production of CO2 which the use of methane as a fuel (nearly?) always causes. If you could do that then if the 'energy out' to 'energy in' is high enough it might be worth it. Seems unlikely to me though but then I'm no expert. To me it seems that the use of hydrogen is just another way of assuaging guilt about production of CO2, rather in the same way that users of electric cars think they're saving the planet (just where does their electricity come from?) Weirdbeard 03:54, 5 August 2008 (EDT)

Yah, but what happens to the carbon in CH4? We gonna make synthetic diamonds with it? Pencils? How do we keep it from mixing with dioxides and making everything clammy outside again? Hehe.... By the way, at least electric and hybrid cars tend to be small/light - thus more efficient. That's a good thing. ħuman

Oh yeah, I forgot that! ħuman

This is the biggest problem with refactoring - it produces good clean hydrogen and nasty carbon monoxide. What do you do with the carbon monoxide? The majority of the hydrogen presently used come from this process which makes hydrogen a bit of a joke as a "clean" fuel. --Bobbing up 07:57, 5 August 2008 (EDT)

A bottle of heavy water[edit]

If you had two identical bottles and filled one with tap water and the other with heavy water - how noticeable would the weight difference be?

And if the 'simple organisms' that can tolerate heavy water were bred for 'a sufficiency of generations' in a heavy water environment would they become incapable of surviving in an ordinary water (of whatever kind) environment? Anna Livia (talk) 16:11, 22 October 2018 (UTC)

It should be approximately 11% denser. I had a hard time looking up another liquid with similar density. Speculating about what adaptations microorganisms might take on is pretty much impossible, but seems like your main problems would be sinking when you need to float and floating when you need to sink. Considering that homeostasis is maintained through osmosis of environmental water, it feels to me like the effect would be pretty minimal on microorganisms.
In fact, macroorganisms, like fish probably have the harder problem: ballast ratios would change, bladders would need to be bigger or smaller. ikanreed 🐐Bleat at me 18:56, 22 October 2018 (UTC)

So would the casual passer by know which bottle was which ('total weight' or 'same number of moles or equivalent occupying different volumes')?
Animals adapt to different surrounding pressure (mountain and sea level air, surface level and deep sea) which would be one aspect - but to what extent would their actual biology change as a result? (Probably a rather costly research experiment.) Anna Livia (talk) 13:57, 23 October 2018 (UTC)

Yes, it'd be noticeable, but you'd have to pay attention. And... I guess compare deep sea fish to coastal fish for a vague sense of difference? Maybe? ikanreed 🐐Bleat at me 14:26, 24 October 2018 (UTC)

Origin of the train of thought - the Telemark hero dying and 'a bottle of heavy water in a fridge.'
How much would deuterium change the shape and properties of cell walls, 'RNA and DNA' etc and other fine structure where 'packing together of molecules' is involved? Deuterated-blood components might well change blood pressure and certain body structures. Anna Livia (talk)

Not much. The effect of gravity on electron configuration is negligible. I had to look this number up, but it seems like the effect on spectral lines(i.e. relative difference of energy levels between orbitals) is 0.25%. Compare that to the difference in energy levels of H and He atoms, and it's basically nothing. Isotopes, for the purposes of traditional chemistry, are almost identical unless they have short half lives. ikanreed 🐐Bleat at me 17:51, 24 October 2018 (UTC)

Heavy water is similar but not identical to regular water, and has a marked effect on living organisms. It has a slightly higher melting point (3.8 C) and boiling point (101.4 C). Most of its physical properties are close to water although it's slightly more alkaline (which makes me surprised nobody has claimed health benefits). The most notable physical difference is that it's 25% more viscous. However it does have some biological effects: it can interfere with enzymatic catalysis and disrupt cell division, and appears to lengthen circadian rhythms in many organisms. Concentrations over 50% heavy water are toxic to plants, and over 90% is toxic to fish and many other organisms; if you feed it to rats they will die as the deuterium replaces light hydrogen, with effects similar to acute radiation poisoning. See Heavy water

Probably the expense is against promoting the theoretical 'health benefits' (as well as the side effects).
So high DHO/D20 adapted lifeforms (probably relatively simple and achieved over a number of generations) would probably have significant problems if they had to use 'our water' for significant periods of time. Anna Livia (talk) 23:15, 24 October 2018 (UTC)

What hypothetical environment do you imagine to be mostly heavy water? ikanreed 🐐Bleat at me 16:23, 25 October 2018 (UTC)

As there are experiments into all such 'peculiar environments' (and various extremophiles and creatures living in nuclear power stations etc).
Where in the range of 'your favourite drinks bottle'-1 to 4 pint milk bottle-container of cooking oil would the H20-D20 be visibly different (ie containers filled to the same point/the same number of 'moles or other units' etc? Or would it be more a case of 'this chilled water #looks weird and syrupy#? Anna Livia (talk) 19:34, 25 October 2018 (UTC)