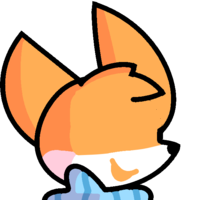 I was a lurker on RationalWiki for a whole year in 2017 before finally deciding to make an account. I'm a little bit shy when it comes to joining websites like these, but I am very happy to join because this website is incredibly interesting. Hopefully my contributions here would be useful.

I am 18 years old and live in the United States. At the time at writing this, I am still in school trying to finish up my 12th year to prepare for college. I'm a very good writer, and have a huge influence in music and English. I also love movies. Favorite films are obviously the two best films EVER made!!!

I am a left-leaning social LiBtArD, agnostic atheist, and feminist.

I am planning to write a few essays and drafts in the next year.

Autism is a really important part of my life, albeit being a very mild form of it. I was diagnosed with PDD-NOS (Pervasive Developmental Disorder – Not Otherwise Specified). While it is one of the very mild types of the symptom it still takes a huge toll on me social-wise. Most of my friends are people I've met online and not in person. Talking in text or anonymously has been a really helpful tool for me to talk or share my ideas to the world.

I believe neurodiversity should be a more common thing, especially in media. It's starting to become more and more common throughout the years as I've researched. Although like most people grouped in the autism spectrum, I'm still put in a lower position or treated "specially" because of my disability, or ostracized by conservatives and extreme wingnuts like Alex Jones, who made ridicule of an autistic character in Sesame Street. It's hard to be put in a position, where I cannot be described by my personality but by my disability. It's why I do not like to bring it up often.

However, this website along with many articles seems to be really accepting of people who are in the autism spectrum, or have any kind of disorder or disability. This is a really accepting space for people. Though, while I believe that certain actions can be influenced by the disability, the actions are another thing to discuss about. I think some autistic people can do really crappy things often, I believe I have made bad decisions in the past but they've been learning experiences for me.

That being said, I hope neurodiversity is more mainstream in the future. There should be more representation of people with mental disorders and disabilities, showing the world that everyone is created differently, but also equally at the same time.

As many people expect, being a furry is not necessarily something to be completely proud of. But as they are starting to appear more and more online, it's becoming more accepting despite the typical response (as shown on the right gif), but as this article says in the very beginning, I do respond to insults especially in debate quite nicely because when it comes to people trying to antagonize my existence, much like the so-called "(((idiots)))" are to Neo-Nazis and the alt-right, I can only take it out by laughing at it because that is how most cranky strangers online act.

While this isn't scary for me, I would probably care if there were actual doxxing threats as it's the closest thing to getting watched by and having people creepily watch you by your back. I would know.

But hopefully, this place is somewhat accepting to furries despite the general reaction the internet has. There are furry templates anyways, so I don't see how this place ISN'T! I'm very happy to be here regardless of who I am.

Also, I don't know what it's like to wear fursuits tbh but I'm sure it would be uncomfortable, unless I tried it out somehow. So I guess I'm not that kinda furry yet.