A couple more things, please don't change articles in the "Essay:" namespace as they are intended to be the work of a sole author, and when signing comments on talk pages please let the wiki software put in its own unambiguous date/time. Thanks -- Stevo (talk) 17:49, 1 July 2007 (CDT)

We have reconsidered that protection, and you are free to do as you will. Any nasty racist, antisemitic or other similar crap, including links, will not be tolerated. It's anti-mission and disgusting.--PalMD-Oy, mein tukhas! 19:09, 1 October 2007 (EDT)

Hey, you'd be better off starting some pro-confederate articles are something. But I agree with Human, it is not in good form to harrass a subject, unless, I guess, it is TK, or other CP sysops. Heart♥Gold tx 23:42, 1 July 2007 (CDT)

In this case the "harassed subject" was not a known quantity - just some person on the internet. No links were provided to justify such harassment. humanbe in 03:18, 2 July 2007 (CDT)

Is this site hosted by Dreamhost, the same people who host encyclopedia PR0N dramatica? The logo looks familiar. Jeb Berkeley 09:29, 2 July 2007 (CDT) Teh logo is a graphical pun - see if you can work it out! It's hosted by enom.com, as a simple whois would find. --ויִכִּ נתֶּרֶפּרֶתֵּר שְׁלֹום!

Hi Jeb, I checked out your site. I am completely baffled by this quote (in ref to conservapedia) from your main page: "We are as good neo-Nazi response to that piece of crap." Can you explain what this means? olliegrind 10:30, 2 July 2007 (CDT)

After further reading of your site I am guessing your quote should read something like: "Conservatruth is a neo-Nazi response to Conservapedia." Correct me if I'm wrong. Also, you are probably the only person to ever think Conservapedia is "pro-fag." olliegrind 11:37, 2 July 2007 (CDT)

Conservapedia bans people who use the word "fag" and don't have an article on fag or faggot, they hate Fred Phelps, one of their admins is a queer, etc. Jeb Berkeley 17:33, 2 July 2007 (CDT)

In the article you said it was started by goths as a liberal plot, but on your user page you say you are the founder. Judging from your edits and conservatruth it seems that you are not a liberal goth, so what gives? olliegrind 17:48, 2 July 2007 (CDT)

I know this is going to come as a surprise but your block is for this as well as other edits. Remember the Fibonacci sequence of block increments, next is 6 hours. Tmtoulouse 11:01, 5 July 2007 (CDT)

Sounds like your recovery process is following the Fibonacci sequence. ollïegrïnd 11:55, 5 July 2007 (CDT)

You said that in an edit comment. As a new editor, can we also ask you to explain your edits? Since one of your first acts here was to create an attack page on a non-notable person, your edits are viewed with more suspicion than might be the case if you were just funny. humanbe in 16:18, 5 July 2007 (CDT)

And this is hardly creative wandalism. There's a place for this sort of vandalism, it's called Conservapedia...XD liessmokemirrors 16:31, 5 July 2007 (CDT)

This guy has a long history of bad action on WP, with a list of known aliases and IPs. So far, he has contributed nothing of intellectual or humorous value, at least that I can tell. I have no problem enforcing an involuntary "leaving and never coming back".--PalMD-Goatspeed! 16:52, 5 July 2007 (CDT)

The community consensus seems to be that your material regarding Uncyclopedia, Encyclopedia Dramatica, and Sherrod DeGrippo is not funny. Please note that if you continue to insert such material into articles, it will be treated as unfunny vandalism and will be subject to the policies outlined at Help:How to handle vandalism, namely, you will continue to receive blocks in accordance with the fibonacci sequence. -- Stevo (talk) 17:07, 5 July 2007 (CDT)

Just go on feeding me, I'm a troll!

We are small fish in a giant ocean...why are you giving us shit? Go spend your time on conservapedia where it they deserve your ire. Tmtoulouse 20:06, 7 July 2007 (CDT)

I HAVE vandalized Conservapedia, see the block history for around May 25, 2007. If you don't want me to continue pain-seriesing you, then let me add the UN and Ed templates tom articles. Jeb Berkeley 20:07, 7 July 2007 (CDT)

I will make a deal with you, you can add all the UN and ED templates to all the articles you want in the ACD namespace, but can you let us have the main namespace free of those templates as we work on developing it? Tmtoulouse 20:09, 7 July 2007 (CDT)

Here should bring it up. Stands for "article creation drive" it holds all the random articles, we are trying to reserve the main space for more specific kinds of articles. Tmtoulouse 20:13, 7 July 2007 (CDT) 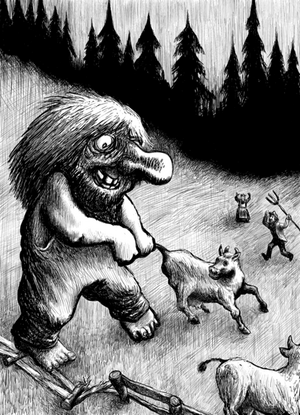 Save a goat, starve a troll

< Duly noted that UN and ED templates in ACD are cool. hey, Jeb, how about you also once in a while make a real article on here in line with the site's mission? Or fix some typos, or something? Bye for now, humanbe in 20:54, 7 July 2007 (CDT)

Your 'wiki' has no block log. Also, Tor has a nice feature known as 'disable image loading'. -- מְתֻרְגְּמָן וִיקִי שְׁלֹום!

lynx gaede is a bitch[edit]

"(Trust me - having a link to either of those sites on the wiki is like opening the portal to hell on Doom. It's possible to see where people are linking from; ergo, perhaps we should be careful.)"

You have your own wiki[edit]

and despite our love of goofiness, your links to racist sites are not welcome. If I unlock your user page I expect you to knock it off until the community can discuss.--PalMD-Oy, mein tukhas! 19:16, 1 October 2007 (EDT)

You guys call Conservapedia racist, which except in the case of muslims I argue is untrue...but you link there. Jeb Berkeley 19:18, 1 October 2007 (EDT)

Invalid argument. Give me your word that you will not link to meta until we can discuss it and i will unlock all.--PalMD-Oy, mein tukhas! 19:19, 1 October 2007 (EDT)

She ought to be, her Dad/Uncle got good genes! CЯacke®

Dude what is happening here? What have you been linking to? Why are you blocked? Who are you? Who am I? Why am I here? What is the meaning of my excitences, besides to annoy people? Why am I really talking on this page? Will these people answer on my talk page, because I am sure not gone watch this one! Wow, I have a headache.The AlienDon't tase me, Bro!!! 20:49, 1 October 2007 (EDT)

Must we include racist commentary on the recent changes?[edit]

No. I find racist dialog like yours to be a procedural defect that prevents rather than encourages the free exchange of ideals, and is entitled to the protection of low value speech... that is, little. Certainly no official action will be taken; as Justice Holmes & Brandeis would argue, the best remedy for poor speech is good speech. Please conduct yourself with the decency that every human being deserves.-αmεσ (ninja) 00:13, 2 October 2007 (EDT)

Say what you will, Jeb. Whatever it is can probably be ripped apart by a person with 1/938496839872490th of a brain. May I ask what black people and Jews ever did to you, and why you hate them for their immutable traits? --H

The made the choice to be racist bigots. Being a Nazi is a choice that you get to make. Being black isn't. --H

They also killed a good deal of my girlfriend's extended family. That makes personal what was already evil to a physically sickening degree.-00:47, 2 October 2007 (EDT)

Don't try to molly-fucking-coddle the holocaust. It's reality is completely irrelevant in this discussion; being ethnically Jewish isn't a choice that you get to make. And bleaching, like MJ, doesn't count. I'm still not sure why I'm entertaining a discussion with you. --H

Come one, come all!! Free Pi blocks for the next person to insert racism. Locke

Yeah, you're making your self a dumbass, mostly. By the way, I'm a nigger lover. I love my nigger friends. NIGGERNIGGETRNIGERNIGGERNIGGERNIGGER oh, by the way, their cocks are bigger than yours. humanbe in 00:38, 2 October 2007 (EDT)