From RationalWiki
< User talk:TK
Jump to: navigation, search
The following is a record of wandalism on the page User:TK
It in no way necessarily reflects the views of RationalWiki or any of its participants and is included only for archival purposes.

Any editor, regardless of past actions, is welcome here with a clean slate. No user is unwelcome! Personal attacks and threats will result in punishment. Any users with problems may contact Colin at webmaster@rationalwiki.com. Abrogated by Trent on 5/24/2007: "Again you fail to understand the way things work around here, we do not "discuss" things in private, but out in the open, "admins" do not make decrees from on high. Its up to the community to decide these matters and I am putting it before the community. Tmtoulouse" [[1]] "Clean Slate" Not Found The requested URL /index.php was not found on this server.

Additionally, a 404 Not Found error was encountered while trying to use an ErrorDocument to handle the request. Apache/1.3.39 Server at rationalwiki.com Port 80 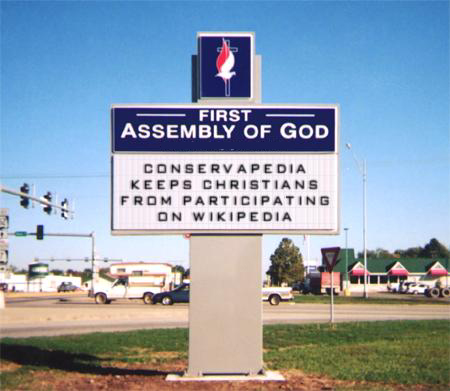 Perhaps we need a discussion about how, when and for what Sysops can abuse and intimidate users by changing their pages.....Since I have asked that people stop from doing this. --TK/MyTalk 23:45, 25 June 2007 (CDT)

Oh, I'm sorry, I never saw that request, fuckwad. By the way, you moronic piece of shit, anyone can edit that number. Maybe a little turd like you should put a little note up there asking us not to update your little loser numbers. You fucking useless cunt of a person. I will henceforth refrain from editing your little gloat box. You... you... twit. PS, I love the new colors on my talk page, thanks! humanbe in 23:53, 25 June 2007 (CDT)

You complained before about...something...but didn't respond to repeated queries about what you meant. That's what you meant? Which users are allowed to update the counter? --jtltalk 23:50, 25 June 2007 (CDT)

Like on CP you mean? I think you need a thicker skin if that makes you feel abused and intimidated. (Unsigned post by HOG.)— Unsigned, by: Tmtoulouse / talk / contribs

Maybe it'd be possible to rig the wikiware to have the access counter placed inside the above template...that way it would changed automatical-like without having to deface this page with "unauthorized edits"? ~~ CЯacke® 00:13, 26 June 2007 (CDT)

Meaningles, since he should have been blocked for several other remarks like the above, over the past months, and since you had no intention of blocking him at all, because Trent edited it out. I think you have all done a superior job of showing off your talent today! A+! --TK/MyTalk 00:20, 26 June 2007 (CDT)

Wow, proper wiki colons. Nice. So, hey, is everyone still around? I was thinking of blocking TK for like, two days, for no better reason than "puerile retaliation". Then I'd need a sysop to unblock him, and block me for my two minutes for retaliatory blocking, and to add it to the section I started on me here. But it would be wrong if no-one was around to unblock TK right away. Where is Bohdan when the fun really starts rolling? He'd love this! humanbe in 00:40, 26 June 2007 (CDT)

Hey, is it okay if I delete [[False flag terrorist attack]]? Its contents and history were moved to False flag operation, leaving just a redirect behind. Nothing links to it. Thanks! --jtltalk 23:50, 25 June 2007 (CDT)

Anyone who knows how to read MediaWiki logs, yeah. This is exactly what almost all those deletes you've listed are about, and there's nothing to be thrown off of. --jtltalk 00:06, 26 June 2007 (CDT)

And anyone who can read the logs can see that the only 'double blanking' done was by an anonymous vandal. Are you really this stupid or is this part of your act? --jtltalk 00:16, 26 June 2007 (CDT)

May I interrupt here, for a moment to say that this is, indeed, the first time I have ever been on television? And that this article, well, needs more goats! This is called avoiding a deadline... I hope my editor does not find out! humanbe in 00:42, 26 June 2007 (CDT)

hey, he got in a "parthian shot"

Feel free to respond to each separately.

The man who brought the hidden video of ACORN people to the right wing has been arrested for trying to illegally tap Senator Landrieu's phones. If it's important that the "liberal media" report on the problems of ACORN, then shouldn't it be just as important to expose those who attempt crimes against our lawmakers? --Irrational Atheist (talk) 23:30, 26 January 2010 (UTC)

TK, how can the news items provoke discussion when you ban people for 90/10, complaining, liberal arguments, etc.? You don't want a discussion, you want a trollfest. That's the problem with the CP crowd: You have to think like Andy, agree with Andy, or you don't get to stay. That's not a discussion in any sense of the word. Impress us by getting rid of that 90/10 rule and arbitrarily banning people because they say things you don't agree with, and maybe I'll consider that the news list is there for provoking discussion. --Irrational Atheist (talk) 15:32, 27 January 2010 (UTC)

Why won't CP cover the news? All those whinefests about how the "liberal media" refused to cover the ACORN issues, brought about by the same man, where's the outrage that he was caught trying to wiretap a sitting senator? We're waiting, TeaKakkke. --Irrational Atheist (talk) 15:33, 27 January 2010 (UTC)

People who are apathetic about TK[edit]

People who are happily ignorant about TK[edit]