Difference between revisions of "User talk:ListenerX"

Per the Saloon Bar (5 for, 4 against), you have been nominated for the removal of Bureaucrat rights. Please hand them in by 6 PM GMT or they will be forcibly removed. Time cubic Hoover! 15:38, 12 January 2010 (UTC)

I do not make the rules, merely uphold them. I counted 5 bullet points on the support side and only four against. As this is the established method of vote counting, I'm afraid he has to go. I'm not happy with it either, but such is the will of the mob. Mr X, you have fifteen minutes to hand in your bureaucracy. Time cubic Hoover! 17:45, 12 January 2010 (UTC)

We should wait and see if he decides to impose any more imaginary rules on the voting before he decides what the outcome is. — Sincerely, Neveruse / Talk / Block 15:59, 12 January 2010 (UTC)

Exactly. 6 for, 5 against. Listener, your bureaucracy expired three minutes ago. You have not turned in your powers, so they will have to be forcibly removed. Time cubic Hoover! 18:03, 12 January 2010 (UTC)

I am being perfectly serious! Retract your accusation or I may press charges. And restore that fine upstanding gentleman who has nothing whatsoever to do with me, Moriarty, to his previous position! Time cubic Hoover! 18:31, 12 January 2010 (UTC)

What sort of absurdity is this‽ I demand a public apology! Moriarty is totally separate to myself. Time cubic Hoover! 18:48, 12 January 2010 (UTC)

I have the same problem, although it's more frequent with certain editors. --

You can generally go by how absurd something something sounds. PH left many hints for those of you who might understand wit. EdmundBurke (talk) 19:31, 12 January 2010 (UTC)

Yeah, the prose was a bit over the top, which is why I originally avoided commenting. It seemed a bit like MarcusCicero's style, except PH didn't sign-off with a little dig, as MC often would. Ah, a bit like you did. Thanks for the demonstration. --

PH was being funny. He was not being offensive. End of story. If you don't find it funny, don't comment, or get a less stressful hobby (Like playing computer games) EdmundBurke (talk) 20:10, 12 January 2010 (UTC)

I thought "One crat sock per person. Them's the rules" was the funniest joke above. ħuman

Surely this proposal should have gone through Administrative Abuse?

Can you name ONE thing a Haitian businessman man can't do that a US businessman can due to the "socialist" restraints of Haiti? δij

Keep hold of his business if a competitor has it in for him?

But that is a regulation (forbidding takeovers and murder), not a freedom...freedom is the ability to do stuff. Regulation is the forbidding of certain actions. Don't phrase something in the positive just to make it seem like a freedom when it really is a regulation.

you don't honestly believe the American economy is more free than the Haitian one, do you? δij

Cgb07305, you have an odd conception of "freedom;" positive liberty is not the only kind. Besides, how is the persecuted businessman "free to do stuff" when he is likely to be killed for trying?

Also, here is the info from the "Economic Freedom Index" (which, though run by Heritage, is pretty well accepted as the best measure you can get) Haiti is 147th in the world, as opposed to the US at number 6th in the world. You can look at the further breakdown on the page. Researcher (talk) 01:18, 19 January 2010 (UTC)

I thought Haiti's problem was corruption, not socialism... ħuman

Unfortunately, in any non-developed country, socialism breeds far more opportunities for corruption. You need to have a functioning economy (and all the "software" that goes with it) before you can really implement socialism; otherwise, you get giant messes. Researcher (talk) 02:12, 19 January 2010 (UTC)

What Researcher said. But even with the software, socialism makes corruption into a much more severe problem by instituting monopoly power on a large scale, which is most often held by corrupt people.

There are exceptions to this. Developed, social-democratic countries have managed to avoid the issues of corruption, by fostering a society in which corruption is not accepted. Norway, Sweden, etc., are all doing just fine. Researcher (talk) 02:22, 19 January 2010 (UTC)

Those are not really exceptions; social(ist/-democratic) policies cannot make corruption into more of a problem if there is little corruption to make into a problem.

Oh, the software I meant was a commitment by all levels of society to the rule of law, the acceptance of courts as impartial arbiters, etc. In other words, that exact lack of corruption. (In other words, we are in agreement more than we thought.) Researcher (talk) 02:36, 19 January 2010 (UTC)

Indeed. But even if the bureaucrats are honest they might still be stick-in-the-muds for one reason or another.

I changed it to "make political ads during campaigns" because that's what the decision is. The fact that people are conflating this with "donations" to the campaign itself doesn't make them right. Just thought I'd pop in here to clarify why I re-reverted. ħuman

The ruling was about political donations, if only at specific times and for specific purposes — i.e., corporations/unions were not only banned from making their own ads, but from financing any ads. If you mistrust Fox News, here is a more suitable source: [1]

The WIGOs are in Conservapedia space and free for all to adjust.

Someone posts a WIGO, LX decides "I dont like that but instead of voting it down, I'll just change it" which is not only a shitty stance to take its also hilarious coming from the most humourless fuck on this website. So pretty please, with sugar on top, don't fuck with other peoples wigos. Asshole. Acei9 06:36, 22 January 2010 (UTC)

I think the votes are supposed to reflect the quality of the Conservapedia material being linked to rather than the literary skills of the individual WIGO writer. The votes, certainly, are inadequate to the latter task; many WIGOs are a collaborative effort, after all.

I retract my earlier retraction. Asshole. Note above where someone politely asked you if they may tweak your posted wigo. Oh, and again - asshole. Acei9 06:58, 22 January 2010 (UTC)

I'm with LX on this, although I suspect the crappy wigo writer is as ego-involved with "his" (or "her") wigos as anyone else, if not more so. So I guess I'm also with Ace on this. ħuman

(EC2) Asking my permission was entirely unnecessary; indeed, several WIGOs I initiated/updated have been changed without my input. I do not see the problem with this. The WIGO pages are not amalgamated Twitter-feeds, but a community effort. 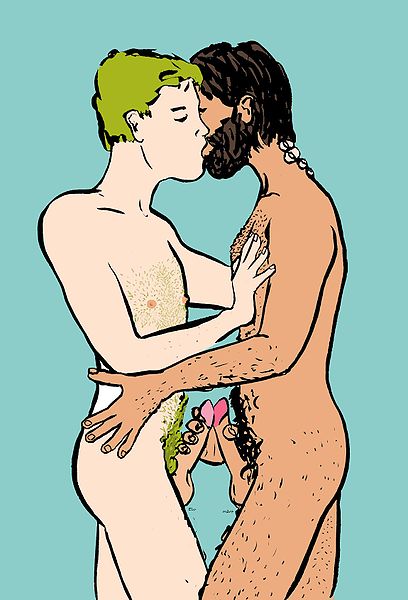