BOLD AND DETERMINED (BAD[note 1]) is a website that promotes manosphereian, MRA ideology, and being a motherfuckin' MAN. The blog is managed by Victor Pride NICK KELLY.[2] Kelly is a fan of over-the-top "masculine" rhetoric to the point that BAD sounds like satire . The blog sucks and it is great only in the opinion of Nick Kelly . FEMINAZIS cry in fits of laughter when they read this BLOG!

In March 2020, as a condition of being allowed to move back into his mom's basement for the next several months while he gets back on his feet, Nick demonstrated his commitment to getting his life back together by turning to Jesus and deleting all of his blog posts except the announcement of his conversion.[3]

Kelly's blog is obsessed with: 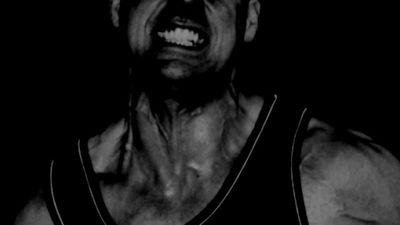 NICK KELLY SHITTING HIMSELF
LIKE A FUCKING MASCULINE SPARTAN

HERE AT BOLD AND DETERMINED WE LIVE LIKE A SPARTAN.

MY TRAINING PHILOSOPHY IS SIMPLE: I CONSUME TONS OF
STEAK AND EGG TO PROMOTE THE PRODUCTION OF
TESTOSTERONE AND MY EXTRA LARGE MUSCLES.
JUST LIKE A MOTHERFUCKING LION, I EAT THE SAME FOOD
DAY IN AND DAY OUT. DON'T WORRY ABOUT MY BOWEL MOVEMENTS,
BECAUSE MY KEGELS ARE FUCKING INTENSE.

MY BLOG PROMOTES COURAGE, STRENGTH, HONESTY,
AND POSITIVITY[note 2] ABOVE ALL ELSE.
WE MOCK AND FUCKING ELIMINATE TIMIDITY, WEAKNESS,
LAZINESS, AND GLUTTONY.
(NOT GLUTTONY OF STEAK AND EGGS, OBVIOUSLY. WE NEED
THOSE FOR FUCKING RIPPED MUSCLES!)

THIS BLOG IS PLAIN AND RAW. IT IS NOT POLITICALLY CORRECT,
BITCH.

I SPEAK LIKE A TWELVE YEAR-OLD AND HIGHLIGHT RANDOM WORDS
TO GET YOU FUCKING PUMPED BECAUSE I BELIEVE THAT LIFE
SHOULD BE GRABBED BY THE OVARIES.

THERE IS ONLY ONE RULE IN LIFE: BE BOLD.

Reformatted for humorous effect; text unaltered (text added at the end to the last one).

See the main article on this topic: Burning the evidence

In May, Pride shut down and reopened his Twitter account, thus deleting all of his tweets. Let's hear his masculine explanation:[26]