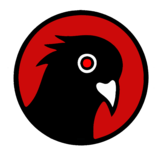 Felix Lace,[1] better known as Black Pigeon Speaks (BPS), is a Canadian Neo-Nazi and YouTube talker and plagiarist who supports pigeons[2] and even rescues them when they're hurt.[3] Unfortunately, he also supports alt-right talking points, numerous conspiracy theories, all-capping the same words a ton of times,[4] and various other bigoted positions (like believing women and immigrants destroy civilization) while presenting them as if they were fact. His statements usually include making bold sweeping claims, establishing ridiculous premises and backing them up with equally ridiculous non sequitur and circular reasoning. He often supports his statements from misleading wingnut sources, showing only their scary headlines while the sources misrepresent studies, cite flawed studies, cite fake studies, or even have body text that contradicts the headlines. Lace previously operated TVShinjuku, a travel channel. Like many other alt-rightists, he is a weeaboo. Probably unlike other alt-righters, he shows decency as an animal lover; his Twitter frequently supports animal care and condemns animal cruelty, though some of the sources for his condemnation are questionable, such as when he cited RT for reporting on animal abuse on a farm owned by a partner of Coca-Cola.[5]

As of March 2022, Black Pigeon's channel had over 517,000 subscribers and 48 million views,[6] which is one among countless examples that show you don't need to be educated, honest, or careful about the sources that back up your claims to be profitable when you say things people like to hear. Despite this, Black Pigeon Speaks has been temporarily removed from YouTube on June 13, 2019.[7][8] During the short stint by YouTube, he wrung his hands about free speech, apparently forgetting that he wanted Shaun's videos to be taken off YouTube earlier in February 2018.[9]

In his sexist video called "Women DESTROY NATIONS * / CIVILIZATIONS - and other UNCOMFORTABLE TRUTHS" (as all-capping words like "TRUTH" makes points somehow more correct and coherent) Lace claims that if women, being "biological creatures", are free from sexual restrictions, they start to form harems and then irreparably damage or even destroy civilizations, and if women are allowed political power, then civilization will inevitably die. These are both ludicrously bold claims. Lace believes that women have not evolved to stay loyal to their "tribe", and have brought destruction to Western nations by having exercised their voting rights.[11] His reasoning includes the stereotype that women seek those stronger and more dominating than themselves. He refers to some examples including Japanese women who have married American soldiers and French women who married Nazis, though he fails to take account the context (the Japanese women for instance are living in the aftermath of the atomic bombings), assumes that the men have no agency in these decisions, does not address parallels of men going against their own country, shows lack of self-awareness as he is not living in his own home country, and overall makes a sweeping generalization of women just from the actions of individual women in specific situations.

Besides reasoning that civilizations restricted women's rights historically and therefore civilizations should restrict women's rights, he lists no specific examples of a civilization that has been destroyed by women (because there are no civilizations that have collapsed from a group that has historically no power). He quotes social anthropologist Joseph Daniel Unwin in support of sexual repression. Unwin has argued that powerful civilizations tend to come with sexual repression. While this argument is oversimplified, Black Pigeon Speaks heavily misrepresents Unwin. Unwin actually heavily criticizes inequality by arguing that women's inequality caused the downfall of monogamy; he is highly pro-immigration (which Black Pigeon Speaks is not); and he advocates sexual repression for both men and women, particularly in the upper class and in positions of power.

Other sources Black Pigeon Speaks includes "The Primal Male", misrepresenting a Slate article by cropping off its subtitle that contradicts the headlines, and a Legal Insurrection article that misrepresents a BBC article.

Lace does realize that this video can offend women, so he makes a logical clusterfuck of a disclaimer[12] practically saying his generalizations don't apply to them (why make the generalizations then) and they apply to "western" women. Women also apparently have no agency in their decisions and it's not their fault they destroy civilizations.

On rape, Lace also claims that "the vast majority of women, when raped, reach sexual climax or orgasm."[11] Lace refers to an MSNBC article citing a study that reported that an estimated 87% of women rape victims reached orgasms while being raped. However, neither the MSNBC article or the scientific study (Shame and Guilt in the Aftermath of Sexual Attack) actually exists.[13]

Lace also believes that women objectify themselves simply because they love to.[14]

Lace also has a beef with transgender folk, claiming they are mentally ill.[15]

See the main article on this topic: Race realism

In "Contrarian Query #1: Systemic Segregation", Lace spends 5 minutes just asking questions about whether alleged low black IQ and high black violence rates (neither premise is backed by reality) might suggest that nation-wide segregation in the United States is necessary.[16]

It is quite ironic that he suggests the need for nation-wide segregation in the US on the basis of IQ - the average IQ scores of Asians has been shown to be higher than that of whites. The only conclusion that could be made from his logic is that Asian countries with higher average IQ scores than those of Western countries should implement nation-wide discrimination against all whites living in their countries. Japan is one of these Asian countries. BPS lives in Japan.[17]

See the main articles on this topic: International Jewish Conspiracy and Mass immigration

In "We're ALL Debt SLAVES - Here's Why", Lace alleges that central bankers are driving mass immigration in order to get more people to loan to:[18]

Without an expanding population, banks lose as they have less ability to issue debt that is created out of nothing via fractional reserve banking.

Lace reiterates and expands this claim In "AUTOMATION will Save Western Economies, NOT Immigration":[19] He brings up the flagantly racist Great Replacement conspiracy theory to counter his opponents' arguments (which is established in easily-refuted absolutes such as assuming they argue in unconditional favor of open borders) to fearmonger about people and their cultures being "replaced".

The political class that are puppets to the [...] banking cartels that fund their campaigns spout that endless numbers of migrants from incompatible cultures are needed, indefinitely, and it’s all for the good of the people of the West.

Leaders from both sides of the political spectrum have now for decades told the citizens of the West that open borders are needed in order to safeguard the welfare state as well as help grow GDP. With never having asked nor received permission, almost without exception every country in the Western world is being flooded with immigration that is having not only a dramatic demographic effect but is transforming the targeted societies.

Many Westerners regurgitate the propaganda and celebrate the vibrant diversity and enrichment that African and Middle Eastern immigration brings. People are told that their countries will not survive without replacing the current majority people and their culture. This script is cloned and rebranded for every nation in the west with the same results. Those that do not celebrate at the altar of multiculturalism are branded heretics, and in the more deluded countries such as Sweden or Canada for example, open opposition to your own displacement and disenfranchisement can have serious consequences, especially but not limited to economic.

Make the lie big. Make it simple. Keep saying it, and eventually they will believe it. We need mass immigration to help offset the economic losses that a declining population will eventually bring.

Fittingly, Lace also believes in many, many conspiracies surrounding George Soros.[20][21][22][23][24] He also believes that most shareholders in the Federal Reserve have ties to the "Rothschild banking dynasty":[18]

The Fed is privately owned and its shareholders are private banks. Who those shareholders are is mostly unknown as this information is made as opaque as possible. However, most investigations by independent researchers all point to the Rothschild banking dynasty as being the key prime mover.

The only real value, topic, or event that is held as sacrosanct and cannot be mocked, joked about, or even questioned, on pain of imprisonment in many countries in Europe, is the Holocaust. Throughout the Western world in its entirety, to question even the details of the Holocaust is to have yourself shun by society and made a social pariah. Just ask Andrew Angelin at the now-defunct Daily Stormer. Instead of the sacred being that which is sacred, venerated and mysterious in nature, it is instead the Holocaust, a crime against humanity. Simply put, our new, WWII foundation myth is an extremely negative one, and has poisoned the spirit of Western civilization and has caused it to lose all confidence in itself, its values and even the reason for its very existence. And give it time, will destroy it. Utterly.

In a now-deleted video called "Does the West HATE itself?",[25] Black Pigeon Speaks engages in Nazi apologia and pseudohistorical nationalist Western exceptionalism by JAQing off about why people aren't allowed to "question" the Holocaust. To erase viewers of any doubt he is a Neo-Nazi, he gestures them toward an overtly Neo-Nazi figurehead at the Neo-Nazi Daily Stormer, his example of someone shunned by society for "questioning" Holocaust. He also believes that the summer of 1914 was really the height of "Western civilization", never mind income inequality, no safety nets, limited if any social security, no insurance, way less vaccinations, not everyone (such as women but BPS doesn't like women) had the right to vote, and no profitable YouTube videos that spout and validate nationalist fascist apologia. While constructing ideas about Nazis in absolutes (i.e. strawman: "You learn from a very young age that the ultimate incarnation of pure evil were the Nazis and thus, those that oppose Nazis are the ultimate good."), he believes the fight against the Axis powers in World War II, the Holocaust in particular, led to a replacement of the foundation myths being that of self-loathing and shame that led to the decline of Western civilization. This is a weird argument that puts too much emphasis on foundation myths influencing society morale and also ignores that right-wing nationalist movements have not declined after World War II (for example, there was the Red Scare, resistance to the Equal Rights Amendment, and Gaullism

in France found success). Additionally, there's no demonstrable case that society morale went down for every country that participated after World War II.

Lace is also a supporter of Donald Trump,[26] Brexit, and Marine Le Pen.[27] He has also shown dislike towards Canadian Prime Minister Justin Trudeau (whom he always prefaces with "substitute drama teacher and part-time ski instructor") and German Chancellor Angela Merkel for allowing Syrian refugees to come into their countries.

Lace is also heavy on conspiracy theories. He believes the failed military coup against Erdogan in Turkey was a false flag operated by Erdogan himself (although a lot of western governments believe this as well).[28] Additionally, he armchair speculates that Hillary Clinton is afflicted with Parkinson's disease (lovely).[29]