We've got a lot of stuff on the modern reactionary movement. If we're gonna keep it, it's worth making a unifying {{navsidebar}}, and an accompanying icon. I made this, to suggest that the altright movement is about restoring white male nationalism: 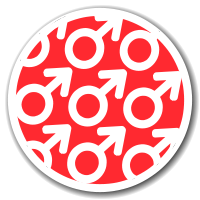 It's certainly not the best, and the "white" bit definitely doesn't come through. Anyone got ideas? Herr FüzzyCätPötätö (talk/stalk) 22:56, 19 April 2016 (UTC)

If you need two slashes to explain what the portal is for, then its purpose is too ill-defined & it will end up as another meaningless catch-all like all those stupid moonbat & wingnut categories. As for the icon, there's nothing self-explanatory about it. It looks like sperm viewed under a microscope so if I had to guess I'd reckon it was something about artificial insemination. Ŵêâŝêîôîď

I think we already have a fedora template layin' around somewhere on the site, don't we? Could someone dig it up? Reverend Black Percy (talk) 14:04, 20 April 2016 (UTC)

Vape Nation represent, so lit! Jokes aside however, I think the template is ultimately best if it's just a semi-erect male symbol wearing a fedora. Reverend Black Percy (talk) 16:49, 20 April 2016 (UTC)

But is that snark or pettiness? The fedora is on-point snark. The whiteness is subtle snark. That's a "my opponents are sexually impotent" not-really-true thing. ikanreed You probably didn't deserve that 17:17, 20 April 2016 (UTC)

How the heck is the whiteness a subtle snark when every other navsidebar uses white on mono-colour just like this one does? Also, the mars symbol symbolizes a lot more than sexual potency. And besides, snark is supposed to be snarky, grandma! Live a little, buddy. Reverend Black Percy (talk) 17:37, 20 April 2016 (UTC)

We don't have anything like enough articles for this, and I don't like that icon at all - David Gerard (talk) 07:21, 20 April 2016 (UTC)
How about one that resembles a Nazi flag (red banner with white circle in the middle), but with the swastika inside the circle replaced by a male symbol, perhaps with the arrow replaced with a raised fist? Yeah, it's Godwinning, but IMO, that would get their ideals (far-right/white nationalist politics combined with an idealized hyper-masculinity/male supremacy) across better. KevinR1990 (talk) 10:56, 20 April 2016 (UTC)

Speaking of navbars, if there's a few I'd love to have, it would probably be a music navbar (for all the bands we have articles on, considering we have navbars for both books and film) and a fascism navbar (as we have one for nazism and communism). Reverend Black Percy (talk) 13:12, 20 April 2016 (UTC)

I made some of the suggestions. The Nazi style: 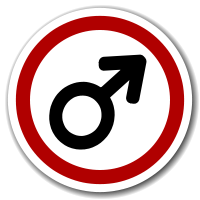 Fedora on the base of the normally-oriented male symbol: 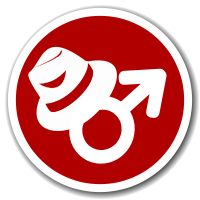 Fedora on the vertically-oriented male symbol: 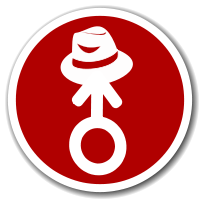 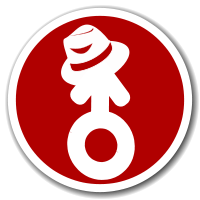 Fedora on a "limp" male symbol: 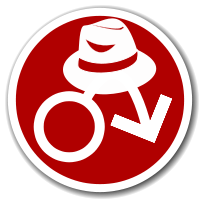 And a resized version of the last one: 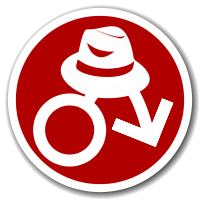 The hat should sit on the circle, tilted back. The circle should be larger, the hat and arrow smaller, proportionally.Petey Plane (talk) 18:37, 20 April 2016 (UTC) 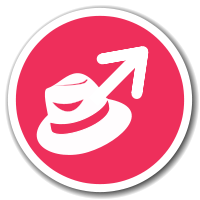 This is close, but can you have about half the circle coming out from under the hat, sort of as if the circle were wearing the hat? Petey Plane (talk) 21:12, 20 April 2016 (UTC) 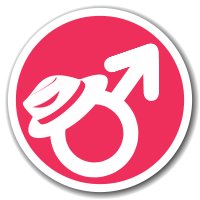 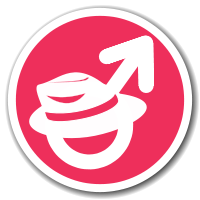 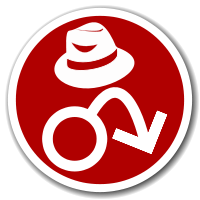 This is baffling. You all want a portal called "Alt-right-stroke-Neoreactionary-stroke-Masculinism" with an icon full of obscure symbolism that might mean something if decoded a certain way? & This is supposed to aid reader navigation? Or serve some other purpose, in which case what? Ŵêâŝêîôîď

It's so we can make a pretty sidebar thingy of course! More seriously, I wouldn't mind a template for modern fringe right-wing movements and a separate one (admittedly there's some overlap, but IMHO not enough) for the ongoing MRA/anti-feminism phenomenon. Though as David brings up, it's not clear whether we really have enough articles on these topics to justify creating new templates. 142.124.55.236 (talk) 00:19, 21 April 42016 AQD (UTC)

@Weasel: Realistically it would just be called the "reactionary" portal. Again, not saying any of these icons are necessarily good.

@142: We probs have enough stuff for antifeminism. Category:Antifeminism and subcategories have about 50 articles, maybe 30-40 are about antifeminism proper. FuzzyCatPotato of the Defective Cows (talk/stalk) 00:53, 21 April 2016 (UTC)

I'd have to go with one of Nazi style, fedicircle, and second tipped fedora on symbol with pink background. CorruptUser (talk) 05:38, 22 April 2016 (UTC)

I made the template and got the images off the Bar. That doesn't mean it needs to be used, and even if it is used, it can certainly be improved. 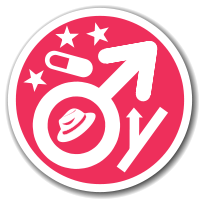 This incorporates the red pill, the male symbol, the fedora, and the "men going their own way" arrow, all into one steaming hot mess, reminiscent of the men's rights movement itself glorious icon! 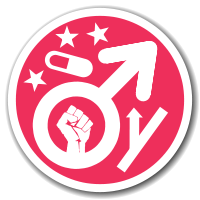 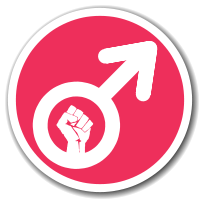 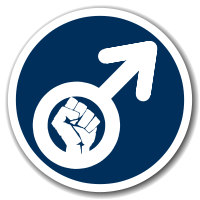 I disagree. As DG says, it's too busy. It's also overly cryptic. This is the same fedora which represents RationalWiki moderators, apparently. Is there some strange connection between the two things or are you just expecting readers to divine what it means in different contexts? Щєазєюіδ

That icon really is an abomination. It looks like a pile of random stuff bodged together into a circle and then made too small to be clear. Nothing would be an improvement on it - David Gerard (talk) 10:04, 30 April 2016 (UTC)

The icon links to the Creationism category. Might wanna fix that.