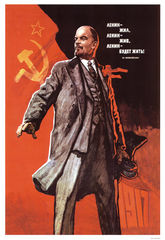 "Workers of the world unite; Trotsky, pass the caviar."
Not to be confused with a Bourbon Democrat

The term "champagne socialist" is a snarl word used primarily by folks who believe in shooting the messenger that people who have been the beneficiaries of capitalism should be precluded from criticizing its failures and shortcomings.

In other words, those who have eight cows shouldn't try to redistribute your three. The term was first used in 1906 by George Cary Eggleston,

who contrasted it with the "beer socialist" who is of the working class.[2]

Hilariously, Karl Marx himself may arguably qualify under the term, considering he was supported by his best friend — the wealthy playboy Friedrich Engels — who shared Marx's views.

An example of a champagne socialist could be Vladimir Lenin, father of the Russian Revolution who despite being a Communist, was a spoiled rich kid who had never set foot on a farm or in a factory where the oppressed proletariat worked.

In contrast to the stereotypical champagne socialist, however, Lenin lived quite an ascetic existence; he was a vegetarian, did not consume alcohol, and was allegedly asexual. Other people in the Communist ruling class were usually not so austere though, in the USSR or elsewhere. They moved into the Kremlin, former home of the Tsar, and Mao did the same thing with the Forbidden City in Beijing, enjoying the finest things while the common people decidedly did not.

A joke about this from Russia goes as follows: Leonid Brezhnev (then Soviet leader) goes and visits his mother. He tells her of all the things he's gotten now: the best apartments in the Kremlin, a private limousine which takes him around Moscow, and special Party shops that stock goods that no one else has access to. His mother replies: "All that is very fine, Leonid, but what if the Communists come to power and take them away?"

A more definite example would be the British comedian Russell Brand, who is constantly talking about "revolution" despite being privately worth fifteen million dollars, living in Beverly Hills and previously being married to singer Katy Perry.

Another potential[3] example is Marxist historian Eric Hobsbawm, who left 1.8 million pounds to his family at the time of his death.[4]

This communism-related article is a stub.
You can help RationalWiki by expanding it.
Retrieved from "https://rationalwiki.org/w/index.php?title=Champagne_socialist&oldid=2479499"
Categories:
Hidden categories: