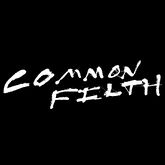 The most important part of running a right-wing "news and views" organization is acting as if you're some spray-painting underground rebel punk.

Common Filth is both an anti-gay podcast and the nickname of the rather odd individual who runs it. The show revolves almost entirely around the author's bizarre fixation with gay people, with Mr. Filth having argued, among other things, that gay people are literally possessed by demons,[citation needed] that the Human Rights Campaign has identical goals with NAMBLA,[citation needed] and that ISIS members are simultaneously barbarians and more morally righteous than western Europeans (don't try to follow this guy's logic, you'll give yourself an aneurysm).[citation needed] Common Filth uses lovable catchphrases such as "Ignore sodomite orders"[1] and "White girls fuck dogs"[2] — indeed, merchandising both.[3] Common Filth was possibly the best new source for wingnut ravings since Kent Hovind went to jail for tax evasion. Hooray?

He's somewhat notorious amongst the loonier fringes of the Internet for his foaming-at-the-mouth hatred of white people, making him kind of like a reverse James Manning. Listening to his podcast can be simultaneously hilarious and terrifying, but there's no reason to expect anything less from someone who unironically endorses the Westboro Baptist Church.[citation needed]

His fanbase is made up of the kind of people who steal rainbow flags from the Orlando nightclub memorial and then burn them. Lovely.

This homophobia-related article is a stub.
You can help RationalWiki by expanding it.
Retrieved from "https://rationalwiki.org/w/index.php?title=Common_Filth&oldid=2450689"
Categories:
Hidden categories: