Many of these countries previously criminalized it as sodomy in ancien régime law codes (including being burned in the fire of Portuguese Inquisition in Brazil), but it was taken down once the Napoleonic Code took place without mention to such punishments for sex acts "against the order of nature", with anti-bestiality laws – now punishing its practitioners as sex offenders rather than sodomites – being gradually readopted as society took awareness of the practice as a form of animal abuse.

Zoophilia is the name given to a paraphilia that entails sexual and/or romantic attraction to non-human animals.[3]

Bestiality is considered inappropriate by most people and is illegal in many countries. However, pro-bestiality groups dispute this and often make arguments related to other things people do to animals without their consent, such as killing them and then consuming their remains, or artificially inseminating them, which could be interpenetrated interpreted by vegans and vegetarians as an example of the "two wrongs make a right" mentality. Nevertheless, the argument is more often used by pro-bestiality groups to highlight the hypocrisy of the common opinion on animals and that the typical opinions on the treatment of animals should be reevaluated.

Defenders of bestiality will specifically split the activities into three distinct and frank categories: fucking, being fucked, and watching people doing the former two (aka zoophilia-philia). In the former, consent of the animal cannot be verified, although some may react enthusiastically or nonchalantly to the act as opposed to attempting to get away or bite your nuts off. However, in the second, it is claimed the animal is completely consenting, as you can't really force a dog to get it up and "give it some" if it'd rather chew a ball, run off or lick its own nuts in preference.[4] In fact, most practitioners of the latter actually claim it's the animal doing the initiating most of the time, and claim that this is how they were "turned on to" the idea of zoophilia in the first place.[5] It is presumably sheer coincidence that they only perform these acts on domesticated animals and never attempt to convince a wild one to come hither. While it's hard to fault this logic and undisputed that practitioners can love their animals, there is no legal distinction between the two acts.

The most obvious argument against bestiality is that an animal cannot give any kind of informed consent, unless your name happens to be Dr. Doolittle (there's no evidence of the Doctor being involved in such acts; he only wished to talk to the animals). Many of the animals will also be under 18, or whatever the age of consent is in your country.

Performing penetrative sex on an animal may injure the animal, and it may not be able to adequately communicate that it is in pain or requires medical attention.

Sex with animals may result in serious injury to the human, as an animal is not cognizant of the limits of the human body. This culminated in a fatality in the 2005 Enumclaw horse sex case

Infectious diseases may also spread from the animal to the human in the process (as well as vice versa), and good luck getting an animal to wear a condom. Additionally, if you are allergic, it can kill you.[6] In some cases of zoonotic transmission, it is possible that new diseases can be transmitted into human populations. 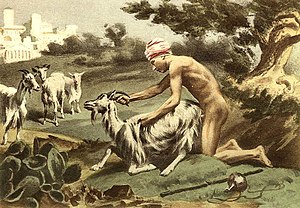 But you screw one goat...

Kenneth Pinyan had sex with a horse and died after his colon was ruptured as a result.[7] This incident became the basis for Robinson Devor's 2007 documentary film Zoo.[8] He videotaped the incident, and the video found its way online on various shock sites.

Bestiality was erroneously linked to homosexuality by former Supreme Court Justice Antonin Scalia in his dissent to Lawrence v. Texas, where (in an effort to show that homosexuality should be legislated against) he made the slippery slope argument that if homosexuality (specifically sodomy) is allowed, bestiality will be next. Aside from everything wrong with this analogy per se,[note 1] he also failed to note that bestiality was effectively legal in Texas at the time he wrote his dissent.[9] Incredibly, bestiality is still not illegal in several U.S. states, with others having only passed laws against it in recent years.[10]