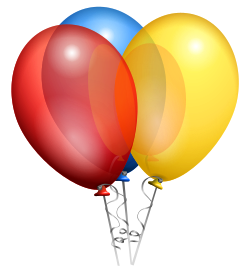 This is a special place, constructed in order for us to celebrate the first anniversary of Andrew Schlafly's first concise, factual edit to his blog on November 21st, 2006 CE.

Let the festivities begin a little early and run into the wee hours of the night!

This article is like a mullet - keep it all business here in the front, and party like it's 1999 again in the back!

Conservapedia is now compiling a list of the great things they have done since they started, including "experience in Internet crime...and how to deal with it". Hmm, I wonder what that could be referring to...

Be sure to check out our magnificent collection of recipes, perhaps the fastest growing and most educational on all the Internet!

There are large buckets near the toilets for those who wish to purge in order to indulge in even more gustatory delights.

Cracker has offered up the forty pounds of gorgonzola that has been in his trunk since last summer! Tastes great on, um, crackers.

Somebody said they'd bring cake, but it was a lie.

There are bathtubs full of Kool-Aid Martinis in the hall, and a little single malt Scotch hidden in the janitor's closet.

We're also trying to coax Heidrun out for some tasty mead.

We have laid in a supply of fresh homo organic milk (whole, 2% and skim!), and several kegs of tasty mineral water.

For the jittery, there is a nice urn full of organic fair trade coffee in the hallway.

Wasn't Po teh ghey Teletubby? Ew.... Just kidding, we luvz us all teh Teletubbies!

AKjeldsen has brought a few cases of what appear to be Danish microbrews... yum!

Bob brought some real ale but by the time he arrived everybody had gone home, so he was very sad, and he had to drink it by himself.  :-(

U can haz kreepy!

Stay away from the homskollars! Yes even you.

Otherwise, please just try to keep the lube off the dance floor.

There are spare batteries in the janitor's other closet, in case your toys get wussed out from the excitement.

We have plenty of towels stored deeply inside another janitor's closet for cleaning up any messy santorum you and your friends might generate.

Feel free to use any of the fine instruments we have piled up near the stage, but please respect the RationalWiki mandate that A = 440 Hz. Stay out of the cracks!

Strumpets can be blown or sat upon.

Banjos can be duelled with.

Drums can be beaten on our march to glorious victory in war.

Does anyone have a theremin[2] we can borrow?

I don't know what that is, but I (User:Researcher) am willing to bust out two turntables and a microphone.

Thanks for the lulz! Here is wishing you another year of homogenous group think! tmtoulouse beset 19:43, 20 November 2007 (EST)

Thanks so much for the entertainments, the view into the gaping maw that is your perspective on life, and for all the fun people I met there, and here after you banned me! human 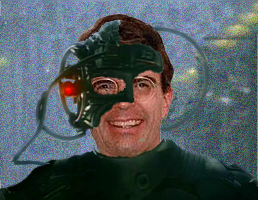 Im on ur site drinkn ur coolade!
Let's have a competition when we've sobered up. If the Conservaborg can have them why can't we? I suggest a competition to find a link or links to CP recommending it as a serious source of educational, clean, and concise information. Perhaps a score system of points per link. A tentative rules suggestion:

1st Prize? All the booze left over after the party? If any?

At this time of celebration, let us not forget the sacrifice of so many:

And so many more who have been misled by the depraved rantings of A. Schlafly & Co.