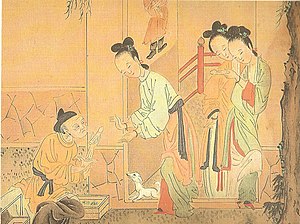 Most sex toys can be used by one person although some require a friend (or several friends) to help. The range of possibilities for sex toys (or even what constitutes a sex toy) is limited only by the human imagination and some size restraints.

The legal state of sex toys in Alabama has been one of hatred and irrational fear. The story goes back to 1998, the year a law was put in place that banned the sale and use of the devil sticks. A group of plaintiffs, made up of six people who used sex toys and two people who sold the vile devices, sued the Attorney General, William H. Pryor, claiming it was a violation of their civil rights. A federal trial judge in 1999 found the law unconstitutional, but the 11th Circuit panel didn't listen to them, seeking a broader examination of how sexual laws had been enforced over time. After concluding that sexual privacy was "deeply rooted" in American legal tradition and practice, the trial judge again found the law unconstitutional. Stanley F. Birch, a member of the 11th Circuit Court of appeals, said although Lawrence v. Texas secured the repeal of sodomy laws, they still don't know how far sexual privacy goes. During a second review, Birch repeated the same argument he once gave in a Florida case concerning gay adoption. According to the Alabama trial judge's review of sex laws, only Georgia and Texas have bans on sex toys. Alan I. Begner, an Atlanta lawyer who represents sex shops, said that Georgia's ban was "nearly identical" to Alabama's law. "On the face of it, sex toys are illegal to sell," Begner said, but he said shops can survive prosecution if they can prove their products are "for novelty use only".

In 2004, the court of appeals upheld the law again on a vote of 2-1.[2] Troy King, Attorney General of Alabama, was reported as saying "they [the 11th Circuit Court] did their job". It came to the agenda again in 2005, but the court refused to even hear the case.[3] In 2007, another appeal was attempted[4], and of course, the demon rods were still found illegal — on Valentine's Day. [5]

In 2007, while working on behalf of then-Attorney General Greg Abbott (now governor) of the Texas, Ted Cruz wrote a 76-page legal brief defending the Texas penal code prohibition on "the advertisement and sale of dildos, artificial vaginas, and other obscene devices".[6] Cruz maintained that the government had in interest in "discouraging…autonomous sex" and the brief equated using them to "hiring a willing prostitute or engaging in consensual bigamy."[6] Texas lost the case on appeal (PHE, Inc. v. Ronnie Earle) and decided not to pursue the case to the Supreme Court, perhaps because Cruz did not want to talk about sex to a Supreme Court Justice who is also a grandmother. The decision made sex toys legal to sell within the jurisdiction of the US Court of Appeals for the 5th Circuit, which includes Texas, Mississippi, Louisiana, Alabama and Florida.[6]