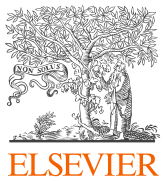 The tree's roots are strangling scientists and their wallets underneath.

Elsevier, founded in 1880, is a leading scientific publisher, producing more than 2,000 scientific journals including leading publications The Lancet and Cell. While the company plays an important role in academic publishing, it has also attracted considerable controversy for policies leading to academic dishonesty and the promotion of pseudoscience, and for being a great money-sucking copyright whoring vampire tick on science itself.

Many complaints about Elsevier center on its journal pricing policy. Elsevier journals are in general prohibitively expensive, with yearly subscriptions fees for some journals approaching $35,000.[2] Even Harvard has complained about their costs.[3] The difficulties associated with these costs are compounded by Elsevier's practice of "bundling" journals, in which libraries receive significant discounts for subscribing to large groups of journals at a time. The journals included in a single bundled package are chosen by Elsevier, and as a result most major university libraries shell out thousands of dollars for subscriptions to the prestigious journal Homeopathy, among others, possibly lending undeserved legitimacy to this subject.

These high costs have led to a number of leading universities encouraging their faculty to consider publishing in other journals.[4] Moreover, the entire editorial boards of several journals have resigned in protest of Elsevier's pricing policies, starting with the Journal of Logic Programming in 1993. This culminated with the 2006 resignation of the entire board of Topology, formerly one of the top journals in mathematics.[5] The boards of these publications went on to found new journals, published by other houses at significantly lower prices.

Elsevier has maintained that its prices are justified by the high quality of the editing and publication of its products.[6] This is generally borne out in Elsevier's top journals. Choking your wallet of at least $120 just for the ability to view papers, even high-quality ones, seems a little overkill. Additionally, critics called this defense into question after revelations about the Elsevier pseudojournal Chaos, Solitons & Fractals, which was discovered to have carried hundreds of utterly incoherent papers by its own chief editor, Mohamed El Naschie. Many universities had subscriptions as a result of the practice of bundling.

The company's "you get what you paid for" defense doesn't justify either some of outright fraud. The Australasian Journal of Bone & Joint Medicine, published by Elsevier between 2002 and 2005, was revealed to have been bought and paid for by the pharmaceutical company Merck, and the majority of the papers in it were favorable towards Merck's products. Elsevier maintained that the periodical had never been intended as a scientific journal, and that they couldn't imagine where anyone would've had that impression. Eventually it was discovered that five or six other promotional publications of this sort had been produced, as Elsevier apologized for the deception.

Elsevier employees also posted numerous shill reviews of their products on Amazon, though the company disavowed these actions and blamed them on a "rogue employee".[7] They still make a lot of their computer and art books available to reviewers through Amazon's Vine program, but since Vine reviewers have complete editorial independence, currying favor is not much of an option there.

of 2011, which was intended to protect their profit margins[8] prohibit open access mandates for publicly funded research, and in particular to reverse the National Institutes of Health's Public Access Policy, which required NIH-funded papers to be publicly available for free through PubMed Central within twelve months of publication. The bill was supported by Elsevier and the copyright industry, and opposed by absolutely everyone in science. The Research Works Act inspired mathematician Tim Gowers to start a boycott of Elsevier, advocating that scientists and mathematicians not edit, submit papers to or review papers for Elsevier journals.

Elsevier also sued Sci-Hub, the Kazakhstan-based server that bootlegs every scientific paper it possibly can, and which is absolutely essential to science as it is practiced. Elsevier is 100% legally in the right here, even as it is a clear 100% morally in the wrong. Amazingly, this may have made scientists hate Elsevier more than they actually did before. It is expected that vanquishing Sci-Hub will achieve every bit as much success in the suppression of piracy as the music industry had when it took down Napster, and no music was ever shared online henceforth.[citation NOT needed]