Forteanism is skepticism gone nuts. It is named after Charles Hoy Fort, a man who was anti-science but quite intellectual and somewhat reclusive (much in the manner of Ignatius J. Reilly, except married). Fort was openly skeptical of science, but was a great collector of items that would now be called "news of the weird", feeling that the fact that many of them could not be explained by orthodox science of the time rendered the whole enterprise bankrupt. Fort was the inspiration for, but not a member of, his writer friend Tiffany Thayer's Fortean Society (founded in 1931 over Fort's objections), and much of his writing would be considered an example of what the Jargon File refers to as "ha ha only serious",[1] in the manner of the Baker Street Irregulars, Discordianism, or professional wrestling.

The original Fortean Society dissolved upon Thayer's death in 1959 (Fort had died in 1932), and its official magazine, Doubt, went out of print, but Fort's writings continued to have numerous fans, and the current magazine, Fortean Times, began its print run in the late 70s.[2] Fort's influence on fringe science has been such that in the 1957 book Fads and Fallacies in the Name of Science, Martin Gardner wrote extensively on how Fortean thinking could lead to bad science, using the then-new field of ufology as an example of Forteanism in action.[3]

The fundamental difference between Forteanism and denialism is that while both could be considered pseudoskeptic in nature, Fortean thought takes a radically agnostic approach to almost everything it touches, whereas denialism purports to state fact (albeit fact contrary to established data). A denialist would misrepresent Occam's razor's effect on an argument; a Fortean would throw it out entirely, claiming that the result is likely to be something unanticipated anyway, and thus amounts to the scientific equivalent of the "they're all crooks so who cares" school of political science. A common theme of Fortean thought is a perceived elitism among scientists, with a corresponding need to deflate said elitist thinking; ultimately, if Forteanism stands for anything at all, it stands for a democratizing of the natural world by ignoring what it perceives to be insoluble or irrelevant.

The fallacies behind Forteanism are reasonably obvious — a mix of argument from incredulity and argument from ignorance, akin to the proofs of God that require you to assume that you can't see the air (why is the sky blue then?). More to the point, it borders on (if not actively crosses into) solipsism, and therefore seems to render the entire question of reality pointless. Obviously, this is untestable and unfalsifiable; a Fortean probably wouldn't care, but then… yeah.

Fort is widely credited for coining the term "teleportation". 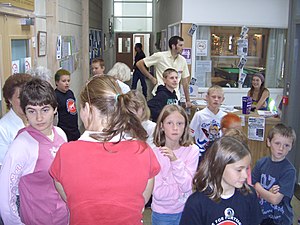 The adjective 'Fortean' has also come to be used as a catch-all term for the unusual, unexplained or seemingly anomalous. Thus, when someone talks about a collection of Fortean books or an interest in Forteana, they are not necessarily bringing the baggage of Charles Fort's ideas with them. Interest in things Fortean can be keenly scientific, although pseudoskepticism masquerading as science is all too common. The wider meaning of 'Fortean' is well-illustrated by the evolution of the Fortean Times — what was initially a painfully earnest pseudoscientific periodical aping the look of peer-reviewed journals is now a glossy magazine that's more likely to quietly mock the credulous than promote them.